It had been 344 days since Luis Severino set foot upon the Yankee Stadium mound in a game situation, and the Yankees’ ace didn’t seem like he had missed a minute.

Returning from right rotator cuff and right lat injuries that had shelved the right-hander since Spring Training, Severino fired four scoreless innings and struck out four in Tuesday’s 8-0 victory over the Angels, a promising development for a club that is counting on those contributions toward a lengthy postseason run. 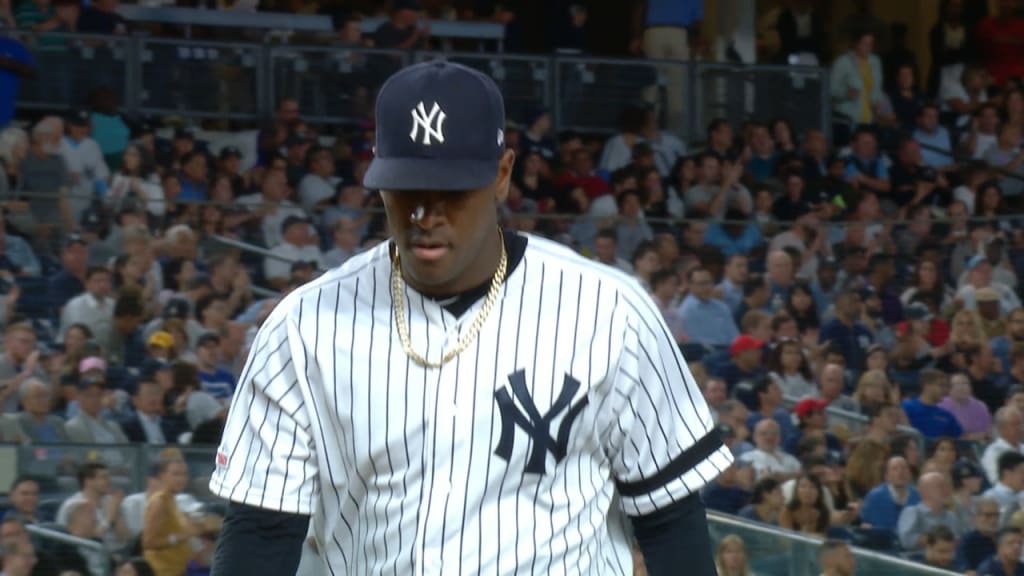 Gleyber Torres hit his 38th home run, a three-run shot, to highlight a six-run fourth inning as the Yankees rolled to their seventh win in 10 games. Didi Gregorius stroked a two-run double while Gio Urshela and Cameron Maybin collected run-scoring hits, powering a pounding of the Angels’ opening tandem of Noé Ramirez and Jose Suarez.

Severino threw 67 pitches, generating nine swings and misses. He averaged 96.6 mph with his fastball and maxed at 98.8 mph, according to Statcast. Severino threw 37 fastballs, 19 sliders and 11 changeups, limiting the Angels to two hits and two walks.