BOSTON — The 2018 Yankees belted more home runs than any other team in Major League history, setting a record with 267 long balls. That mark stood for less than 12 months, exactly what Aaron Judge had predicted in the early days of Spring Training, when the star slugger chuckled and said: “We’re going to crush that.”

Judge did not figure upon the Twins (276 through Sunday) getting there first, but he was indeed correct about his squad’s power potential. Judge’s fifth-inning blast was his club’s 268th of the campaign, following earlier homers by Gleyber Torres and Mike Tauchman as the Yankees outslugged the Red Sox in a 10-5 victory Sunday evening at Fenway Park. 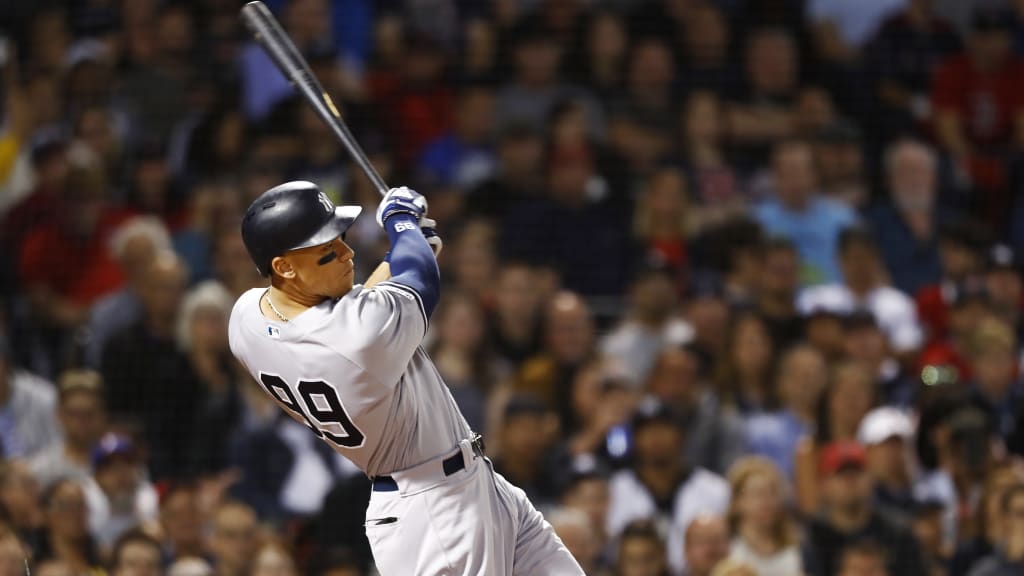 Torres and Tauchman hit two-run shots off Rick Porcello, who was thumped for six runs in four innings. Torres’ 35th homer gave him the club lead, breaking a tie with Gary Sanchez (34), and Judge established the new franchise record for team homers in a season with a solo shot off Ryan Brasier that landed in the seating area atop the Green Monster.

Masahiro Tanaka had an abbreviated outing, allowing four runs and eight hits over four innings, including a two-run Jackie Bradley Jr. homer. Chad Green pitched three scoreless innings in relief, striking out five. Tauchman was removed in the fifth inning because of tightness in his left calf; he will return to New York on Monday for evaluation and imaging.