NEW YORK — The Phillies and the Mets found themselves locked in a slugfest at Citi Field on Sunday afternoon, and Maikel Franco, who has become a familiar nemesis to New York, provided the knockout punch. When it was over after four-plus hours, his sixth-inning home run proved to be vital in Philadelphia’s 10-7 victory. 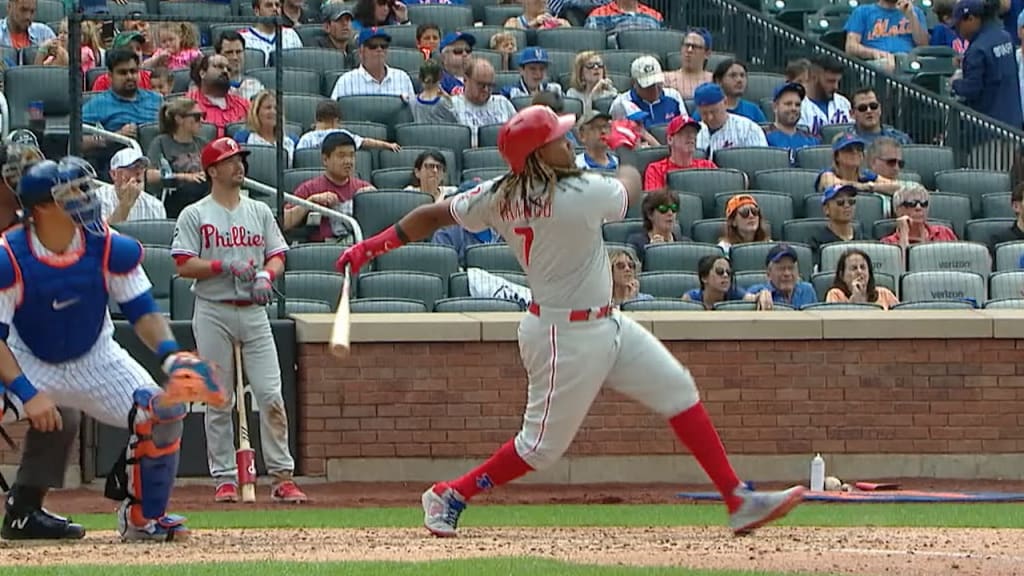 One might have thought the Mets had learned their lesson when it came to facing Franco, who has always found a way to make an impact against them. Yes, he is having a season to forget, but don’t tell that to Mets fans, because Franco is 20-for-59 (.339) with seven home runs and 18 RBIs against New York this season.

Franco again proved to be a nuisance on Sunday, blasting a two-run home run off Luis Avilan to give the Phillies a three-run lead after Phil Gosselin had put them ahead with an RBI single. Franco hammered Avilan’s 2-0 fastball into the second deck, sending the Phils on their way to a crucial series victory.

Although the Mets made it a one-run game in the bottom of that frame, Franco wasn’t done yet, helping the Phillies increase their lead in the top of the seventh. He doubled as part of a three-run frame, which was highlighted by Scott Kingery’s two-run homer off Mets left-hander Justin Wilson.