DJ LeMahieu pounced on the third pitch of the game to set a new Major League team record for home runs in a calendar month, then Aaron Judge and Mike Ford added deep drives off Clayton Kershaw as the Yankees defeated the Dodgers, 5-1, on Sunday evening at Dodger Stadium. 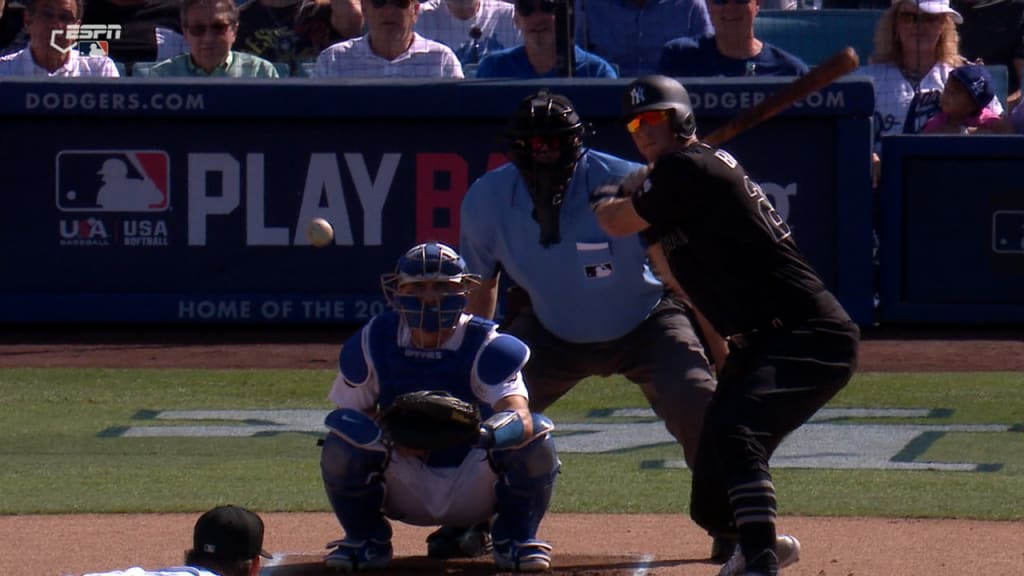 The trio of homers off Kershaw helped support a strong effort from Domingo Germán, who notched his Major League-leading 17th victory by limiting Los Angeles to one run on five hits over six innings, marking the Yanks’ 18th win in his 22 starts. New York won two of three games in the weekend Interleague series, which many believe could represent a potential World Series preview.

LeMahieu’s leadoff homer was the Yanks’ 59th in 25 August games, surpassing a record previously held by the Orioles (May 1987) and Mariners (May 1999). Judge, who had promised a fan during batting practice that he would “hit one for you tonight,” followed through in the third inning by cracking another of Kershaw’s trademark curves over the wall in right-center.