Home » Sports » Professional » New York Yankees » Are the Yankees favorites out of the American League when healthy?

Are the Yankees favorites out of the American League when healthy?

Plagued with injuries, the New York Yankees have managed to stay competitive (even dominant) during the regular season. Destined for the postseason and maybe even the World Series, the Bronx Bombers are one of the leagues best. Having not made the World Series sine 2009, the Yankees (and their fans) have high hopes for this group of pinstripes.

Despite not winning the American League Championship since 2009, New York has been able to make playoff appearances and stay a real threat in the AL. They have reached the ALCS twice since 2009 and are destined to be AL East champs by the end of the season. Now, there is still time for the second-place Tampa Bay Rays to chase down their rivals, but (as of August 16th), the Yankees’ 9.5 game lead on Tampa is assuring.

According to online bookmaker Betway (as of August 16th, 12:00 p.m.), the Yankees have the second-best odds at winning the American League Championship. The team with the best odds goes to the Houston Astros. As it currently stands, the Yankees are listed at +220 while the Astros are listed at -134.

While the odds favor the 2018 World Series champions, as mentioned, there is a bunch of talent sidelined for New York that will give them a huge boost once they return to the lineup. It wouldn’t be surprising to see odds change once some of New York’s best return to action. 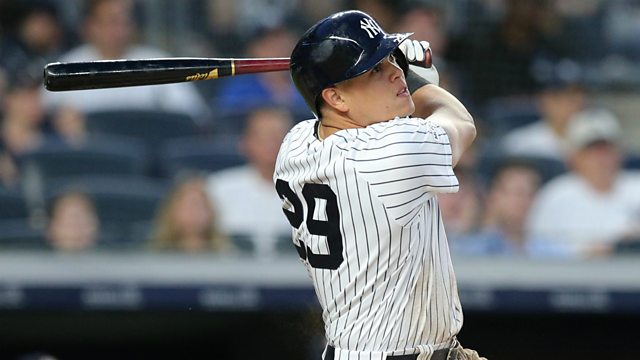 Luke Voit is hopefully expected to return to action in September. The first baseman is expected to get some innings with Class A Advanced Tampa or Triple-A Scranton/Wilkes-Barre when the Yankees leave for their upcoming road trip.

Giancarlo Stanton is also sidelined and should return for September. Luis Severino, Aaron Hicks, Edwin Encarnacion and Dellin Betances are all projected to make their return to action in 2019. The aforementioned players would give the Yankees a huge boost and as mentioned could sway the odds in favor of New York.

So what is it about the Astros that make them the Yankees’ biggest threat in 2019? Well, it all boils down to their additions at the trade deadline. When the games start in October, the pressure is amplified and teams need to face better pitching every night to capture wins. With Houston adding Zack Greinke and Aaron Sanchez to their rotation/staff, they will be tough to hit on any given night. Add in the fact that Houston made changes to their bullpen as well and it’s evident the Stros are chasing a ring in 2019.

While the Astros moved in silence, they created a huge splash that shocked the entire MLB. If the Yankees had known Greinke to Houston was a real possibility, they may have tried to thwart a potential move.

Everyone is freaking about the Yankees’ starting rotation. The Yankees certainly don’t have the arms to match up against Houston, but the Yankees’ hitters have done a terrific job of getting the bat on ball and cashing in runs. If the Yankees are aware they won’t be able to win 1-0 or 2-1 ball games, their bats will need to stay hot.

Again, it all boils down to the injured players and who returns for October. Right now, the fill-ins have done a wonderful job in the absence of some solid talent. Many wondered how the Yankees would stay afloat with so many injuries, but New York certainly has depth.

Once players start to return, the Yankees may be better off from a positional standpoint. Seeing as they were able to get guys in and play some meaningful innings, come October they will have multiple players to rely upon.

While the Yankees are certainly playing hurt, the team is benefiting. They have stayed hot in the AL and continue to battle day in and day out. Once everyone is healthy, this team will be stacked again.

Earlier in the season, Masahiro Tanaka, James Paxton, J.A. Happ and Domingo German may have been considered an elite rotation. It’s hard to predict, but there is no reason why this rotation cannot play up to their expectations in the postseason.

So while the Astros may be the favorites, you can’t knock the Yankees. They have been through a lot this season injury-wise and they should be at full strength come October.