Indians take down Yankees on Sunday, 8-4

Mike Freeman doesn’t play every day for the Indians, but when manager Terry Francona gave him a chance to face the Yankees on Sunday — starting him at third base in place of the red-hot Jose Ramirez — the utility infielder made it count.

In his first at-bat against CC Sabathia — making possibly his final start against his original club while returning from the injured list — Freeman rocked a 1-1 slider deep to right-center, notching a three-run homer to cap off a four-run second inning for Cleveland. 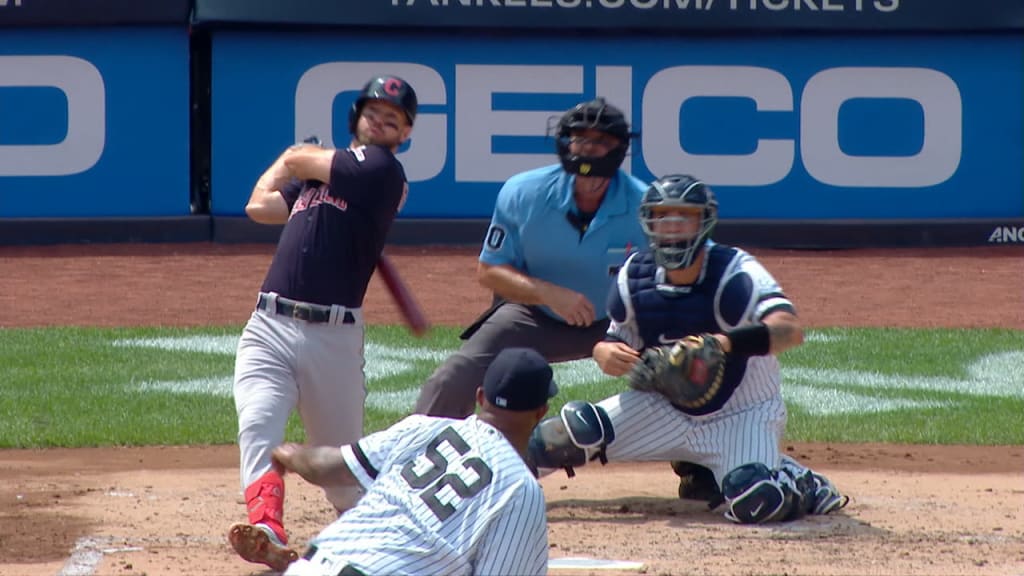 That was the beginning of a breakout 3-for-4 day at the plate for Freeman, as he paved the way for the Indians’ 8-4 victory at Yankee Stadium. He also knocked a pair of leadoff doubles that led to three more runs for Cleveland, courtesy of Oscar Mercado’s RBI single in the sixth and Mercado’s two-run homer in the eighth.