Syracuse cruised to its third straight victory on its tour of Italy, defeating the Siena Select team Saturday afternoon 115-56 inside the Palazzetto Men’s Sana.

The Orange played the best basketball of the trip here Saturday. SU arrived at the arena earlier than its previous two games and players had already worked up a healthy sweat by game time. 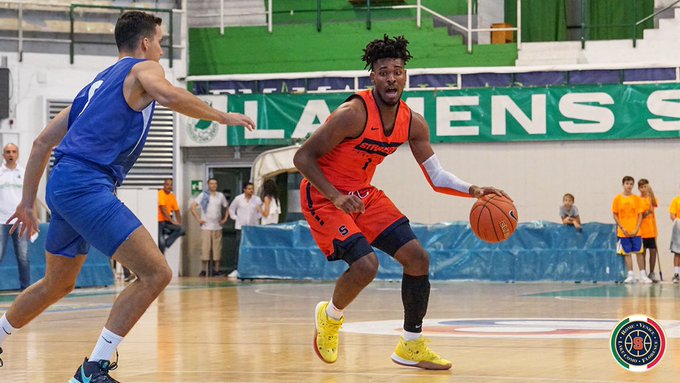 The outcome was never in doubt. The Orange was bigger, better and more athletic than the Italian squad. Six Syracuse players reached double-figure scoring, led by Joe Girard’s 16. Nobody played more than 25 minutes in the game.

See what @therealboeheim had to say about today’s win in Siena pic.twitter.com/N92GA5cFoW