Police provided an update late-Sunday afternoon as the investigation into a stabbing and domestic incident continued.

On Saturday around 10:55 a.m. the Seneca Falls Police Department responded to an address on Garden Street for the report of a domestic incident between a male and female in an apparent parking lot.

Prior to police arrival, the male subject, who apparently stabbed a female victim – placed the female in a car and fled the scene.

Police located the vehicle and both man and woman inside it a short time later at an address on Chapin Street.

The female victim was said to have multiple stab wounds. Police said those stab wounds were life-threatening, and focused in the upper body.

As of Sunday, she was conscious and alert after undergoing surgery on Saturday. She had been airlifted to Upstate University Hospital in Syracuse.

Police say her condition remained ‘critical’ due to the types of injuries sustained in the incident.

Police say the male who suffered several self-inflicted stab wounds was sedated and intubated due to condition.

They note that names and other information are not being released yet since the investigation remains ‘very active’.

Police say that two people are undergoing surgery following a domestic incident and stabbing in Seneca Falls around 10:30 a.m.

At approximately 10:55 a.m. the Seneca Falls Police Department responded to an address on Garden Street for a reported domestic incident between a male and female. 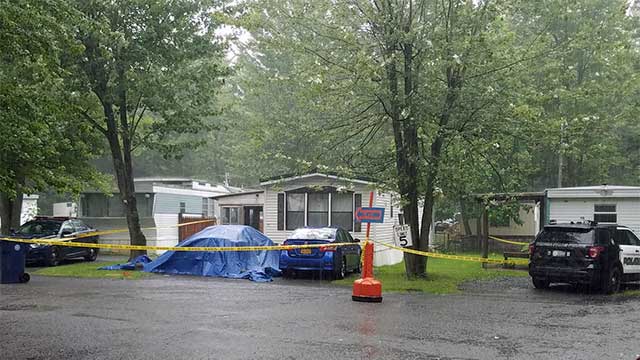 The incident allegedly took place in a parking lot. However, before police arrived – the male subject placed the involved woman in a vehicle and fled.

The vehicle was located a short time later at an address on Chapin Street.

Police located the male with a stab wound; and the woman with several stab wounds.

Both were airlifted to Upstate University Hospital in Syracuse.

The incident remains under investigation. Police say they’re being assisted by State Police and the Seneca County Sheriff’s Office.