It is hard enough to hold Rafael Devers and Xander Bogaerts down. But now, Mookie Betts is hitting like an MVP again, and the Red Sox look truly dangerous.

Betts launched homers over the Green Monster in each of his first three at-bats against Yankees lefty James Paxton on Friday night at Fenway Park, powering the Red Sox to a 10-5 drubbing of their rivals. 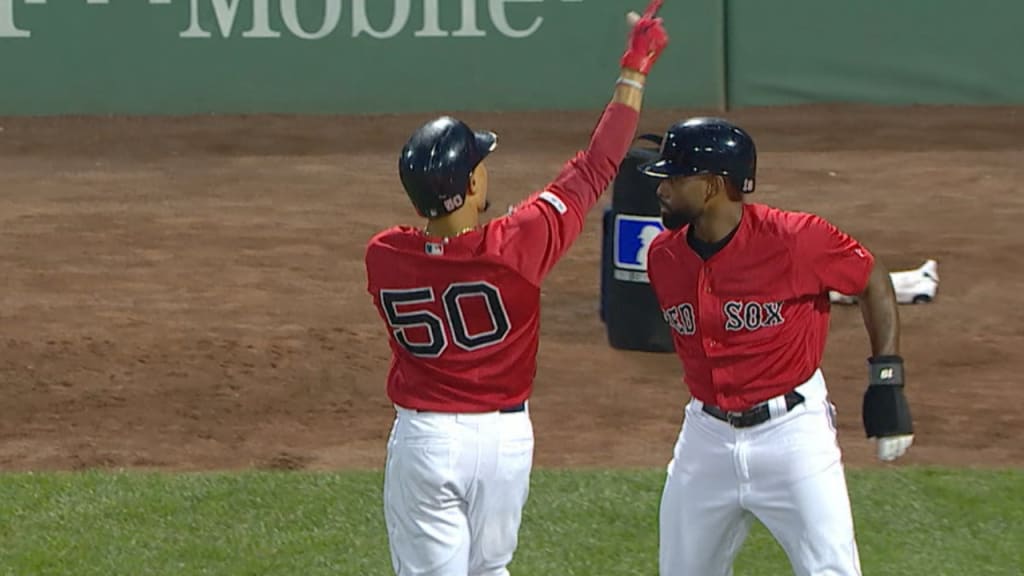 Remarkably for Betts, it was the fifth time he has hit three homers in a game, as he extended his own club record. Only eight players in MLB history have had five games with three homers or more.

With just one more three-homer game, the 26-year-old Betts will tie Johnny Mize and Sammy Sosa for the most ever. Alex Rodriguez, Mark McGwire, Dave Kingman, Carlos Delgado and Joe Carter are the others who have done it five times.