Yanks make it two-in-a-row over Rays

Cameron Maybin’s consistent refrain has been that he will not waste energy worrying about things that are out of his control, such as the security of his roster spot. The veteran outfielder prefers to let his performance speak for itself, and with each big swing, the Yankees’ upcoming decision seems to grow more difficult. 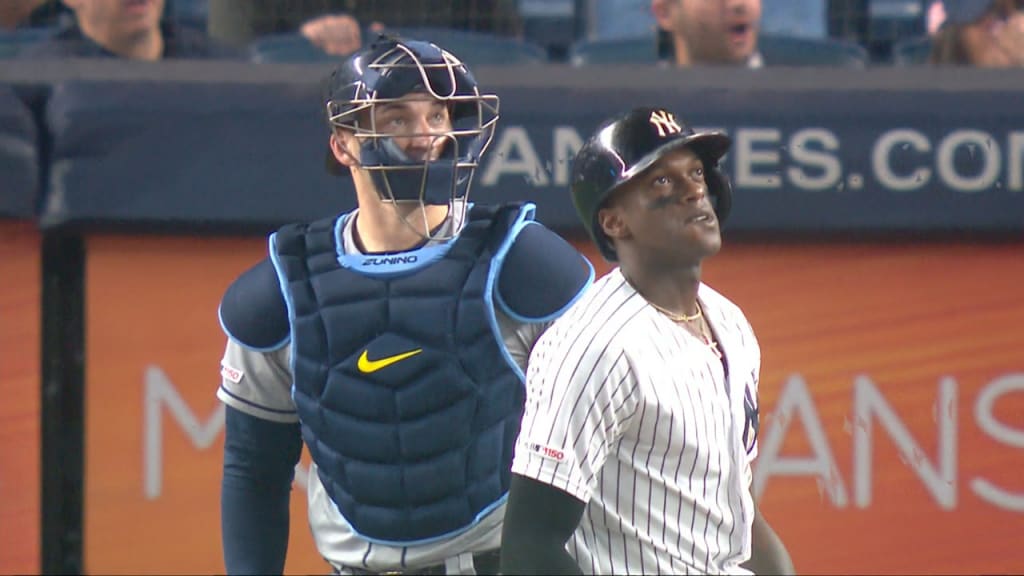 While Aaron Judge aims to rejoin the big league roster later this week, Maybin homered for a fourth consecutive game on Tuesday, helping to lead the Yankees to a 6-3 victory over the Rays at Yankee Stadium. Edwin Encarnacion later added his first homer as a Yankee as the Bombers homered for a 21st straight game, the longest streak in the Majors this season.