Tampa back in first with 2-1 win over Yanks

The Rays and Yankees found themselves in another nail-biter on Saturday afternoon at Yankee Stadium. When it was over, it was the Rays who won the game, 2-1, in 11 innings. Tampa Bay is now a half-game ahead of New York in the American League East.

It was the battle of the bullpens and both sides dominated, but it was the Rays who came up the winner. The game was tied at 1 when Austin Meadows swung at a 2-2 pitch from right-hander Luis Cessa and hit the ball into the left-field stands for his ninth home run of the season. 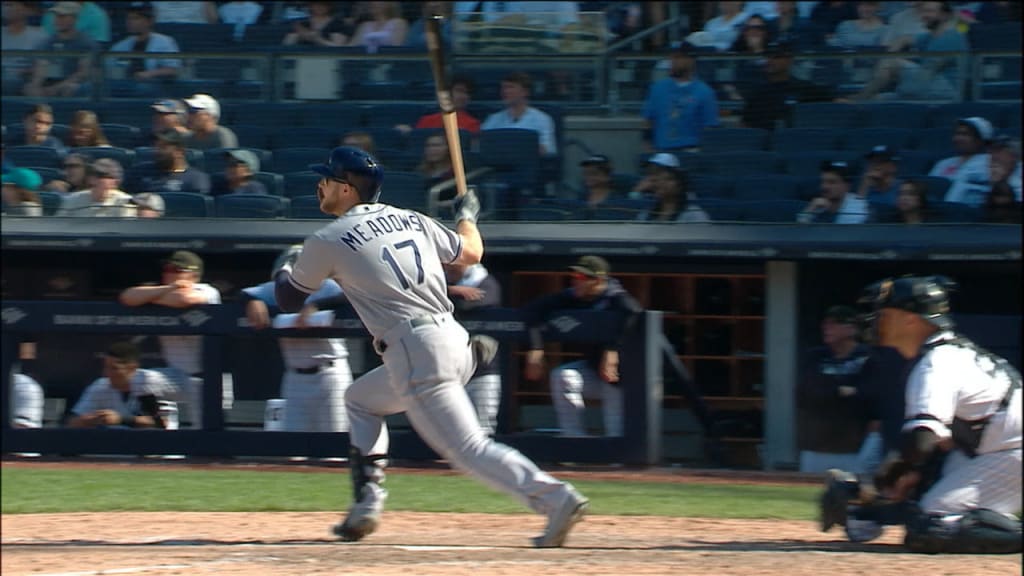 The starters on both sides were excellent. Rays left-hander Blake Snell pitched six innings and allowed one run on six hits and struck out nine batters.

Yankees right-hander Masahiro Tanaka was just as good, pitching six scoreless innings and striking out six batters. He left the game after he kick-saved a liner to first baseman Luke Voit off the bat of Yandy Díaz.