Gleyber Torres homered twice, Gary Sánchez cleared the right-field bullpen with a mammoth blast and Cameron Maybin added his first homer in pinstripes as the Yankees outslugged the Orioles, 5-3, in the first game of a single-admission doubleheader on Wednesday afternoon at Yankee Stadium.

“I think we had two days in a row off, so I think everybody was rested a little bit,” Torres said. “Everybody tried to hit the ball, just put the ball in play and try to do damage. I think that is the difference.” 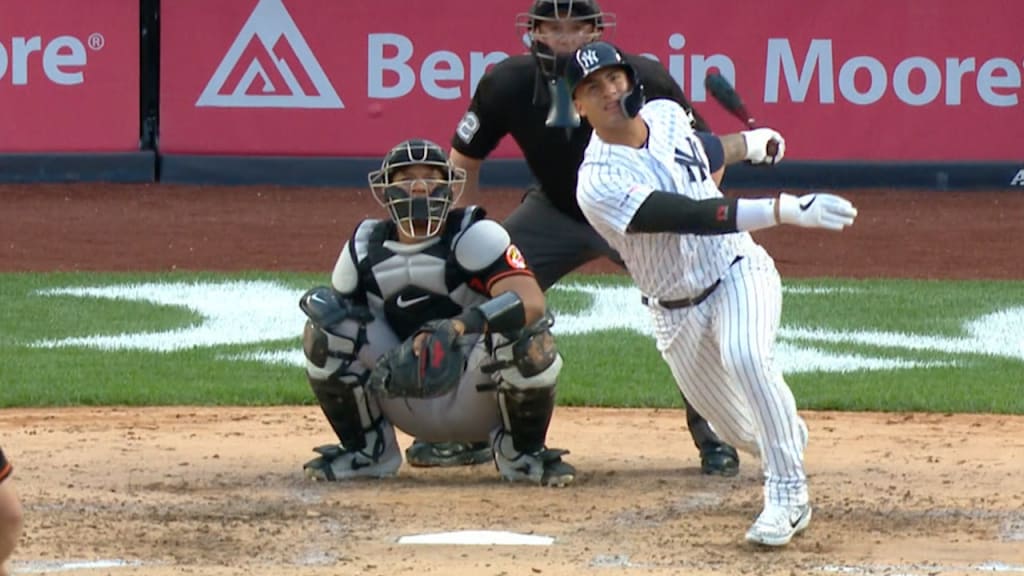 Gleyber Torres joined Joe DiMaggio as the youngest Yankees to enjoy a three-homer day, and Domingo German became the Majors’ first eight-game winner, leading their club to a 3-1 victory over the Orioles on Wednesday to complete a twin-bill sweep.

New York posted its 20th win in 27 games as Torres mashed a pair of homers in the first game, a 5-3 New York victory, then connected for a fourth-inning solo shot off Andrew Cashner in the nightcap. Six of Torres’ eight homers have come off Baltimore pitching this season.

DiMaggio is the only other Yankee to homer three times in a day at age 22 or younger. The Yankee Clipper did it twice — in a 1936 doubleheader and in a three-homer game in 1937.