Hobart falls in overtime at Robert Morris; NEC Tournament next 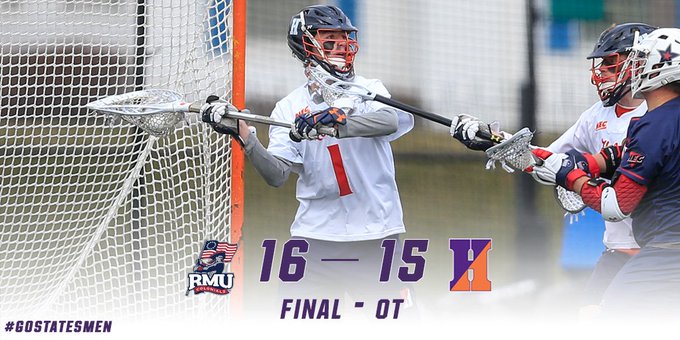 By virtue of Mount St. Mary’s 7-6 win over Saint Joseph’s, both the Statesmen (10-4, 4-2) and Colonials (7-7, 4-2) clinched a spot in the four-team NEC Tournament before the fourth quarter was complete. The Mountaineers secured the No. 1 seed and will host the semifinals and championship. Hobart will be the No. 2 seed and take on No. 3 seed Sacred Heart. As the No. 4 seed, RMU will take on The Mount.