The Yankees found out in a big way why left fielder Eloy Jiménez is the No. 3 prospect in all of baseball and why the White Sox gave him a six-year, $46 million contract before he played a regular-season game. Jimenez hit two monster home runs and drove in three runs as the White Sox defeated the Yankees, 9-6, in a rain-shortened affair at Yankee Stadium on Friday night.

With the score tied at 5 in the fifth inning, Jimenez took over the game. Yoán Moncada singled to left field off left-hander J.A Happ, who then left the game in favor of right-hander Jonathan Holder. Jimenez came to the plate and swung at a 2-1 pitch, lifting the ball into Monument Park to give Chicago a two-run lead. It traveled a projected 425 feet and came off the bat at 109 mph, per Statcast. 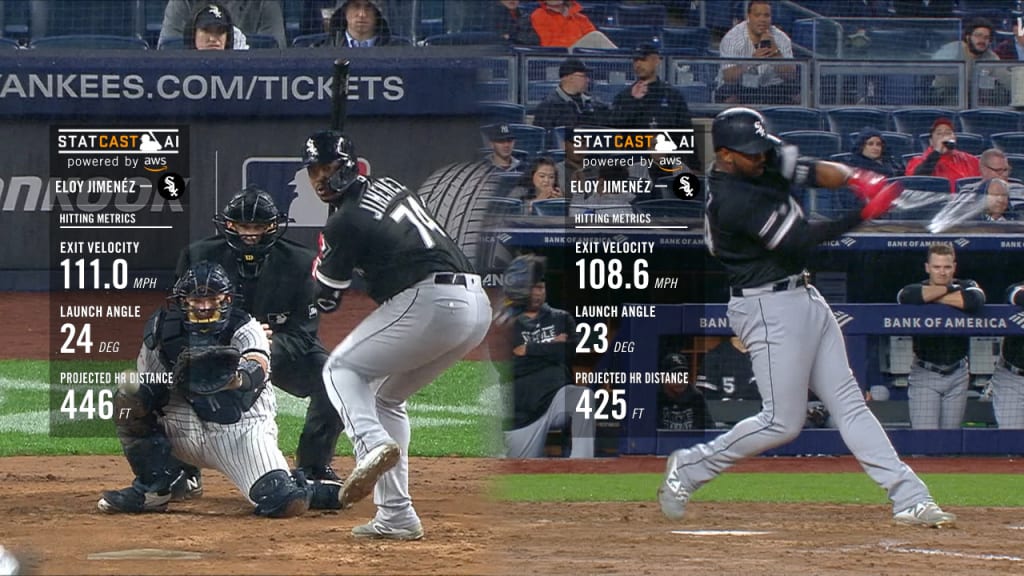 “How about that kid? He played a pretty good game,” White Sox manager Rick Renteria said about Jimenez. “He has a lot of talent. He had a really nice game for him.