When Jim Ganotis arrived at Syracuse, he thought about joining the golf team. Ganotis was a quality golfer on the junior level, and he wanted to keep playing at the college level. He went to Manley Field House to talk with the team’s young coach, Jim Boeheim.

“I’m glad you came,” Ganotis recalled Boeheim saying. “We have a tournament tomorrow. Be here at 7:30 in the morning. 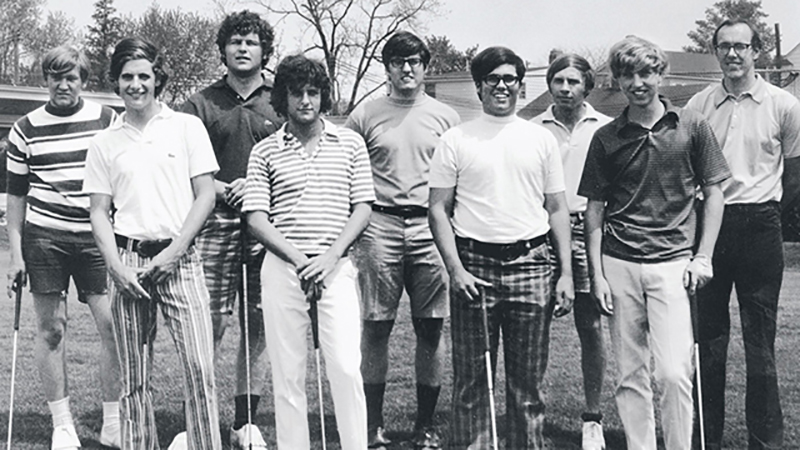 “He was really astute with things that he would predict, as far as abilities of players,” Ganotis said later. “I say to everyone now, ‘Listen closely to what the coach says.’”

People have been listening to what Boeheim has to say since the 1970s, when he doubled as an assistant men’s basketball coach and golf team head coach. He made $2,000 to lead the golf team, for which he played as a student at SU for two seasons.