The It’s A Wonderful Run 5K Committee made its first donation of the season to the Seneca County House of Concern. In the photo below, Chelsea Korzeniewski, Tommy Rook and Will Korzeniewski present a check for $10,000 to executive director Olan Mack. 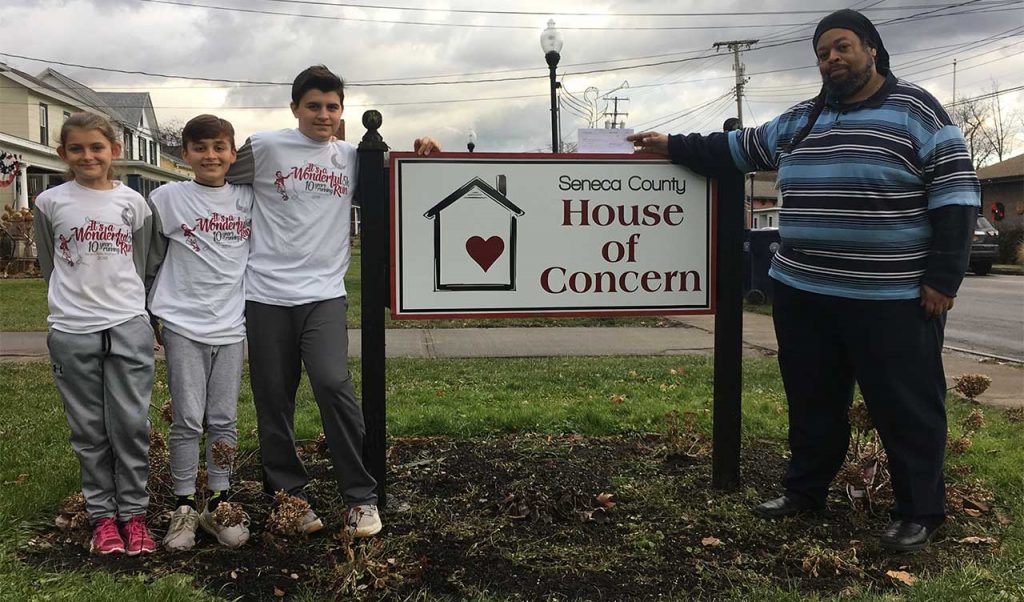 In total, the It’s A Wonderful Run donated just shy of $70,000 to local charities following this year’s event including $10,000 towards four Mynderse Academy scholarships and donations to over 50 local charities including the following organizations: