Pete Alonso knocked his first career homer during the decisive four-run ninth inning as the Mets beat the Marlins, 7-3, on Monday night at Marlins Park.

Alonso, ranked by MLB Pipeline as the Mets’ top prospect (No. 50 overall), jumped on a first-pitch, 95.5 mph fastball from Drew Steckenrider and sent it over the center-field wall. 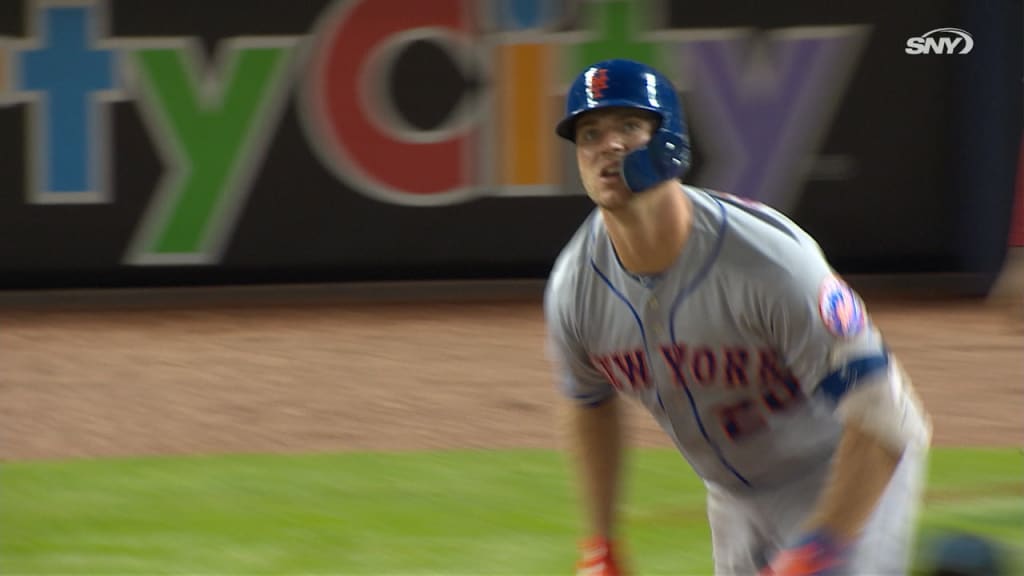 According to Statcast, the three-run homer had a projected distance of 444 feet, with a launch angle of 21 degrees and a 112.8 mph exit velocity — the seventh highest for a Met since Statcast began tracking in 2015.

Through the season’s first four games, Alonso is 7-for-17 (.412) with three doubles, a homer and six RBIs. Prior to the homer, he had been hitless in four at-bats on the night.