Trea Turner is often faced with a complicated dilemma at the plate. Some in the organization want him to utilize his elite speed and baserunning ability even more, laying down bunts for hits more frequently, or focus on hitting the ball on the ground. And then there’s Turner, who likes to think of himself as a pure hitter, perhaps with 20-plus home run power, and who just happens to be one of the fastest players in baseball.

It’s a quandary that makes games such as Sunday afternoon possible, when Turner went 3-for-5 with a three runs scored, a stolen base, four RBIs and a pair of home runs, including a walk-off solo homer in the ninth inning to lead the Nationals to a 6-5 victory. It helped the club avoid being swept by the Mets to open the season, which would have been the first 0-3 hole to start the season for the Nationals since 2009. 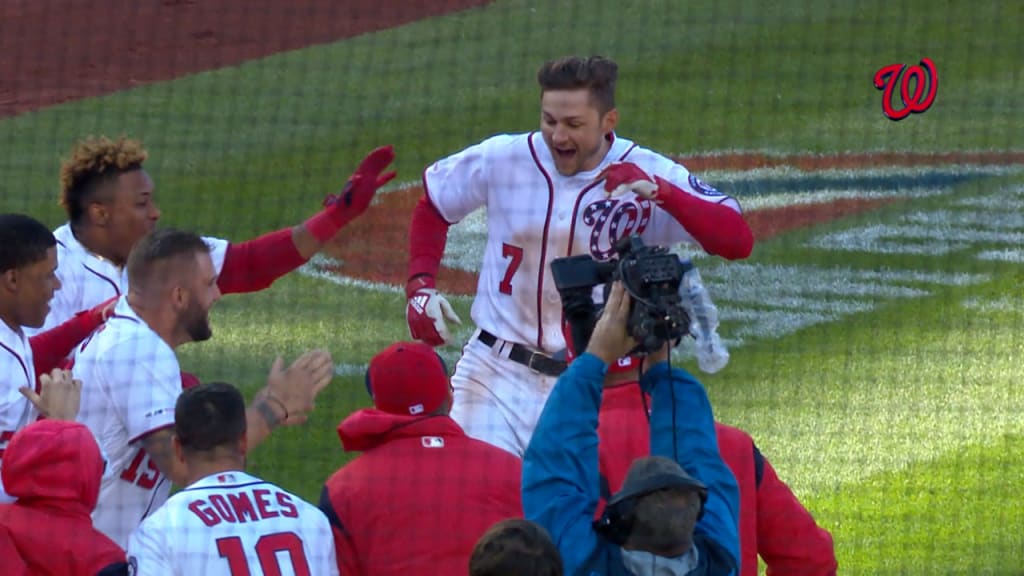 Those heroics will help the Nationals head into an off-day Monday feeling much better about the start of the season, even if the opening series proves they have some work to do, especially in the bullpen.

“It feels good. I think it says it perfectly: It doesn’t matter how we win, just as long as we do win,” Turner said. “We put ourselves in a tough spot, but we dug ourselves out.”