Troopers identify those hurt in serious two-car crash in Farmgington

State Police are continuing an investigation into a serious two-vehicle crash in Farmington, which left eight people injured.

The crash happened around 7 p.m. at the intersection of State Routes 96 and 332.

The operator of the southbound vehicle failed to yield the right of way while traveling on Route 332, and tried to turn left – striking a northbound vehicle passing through the intersection.

The driver of the southbound vehicle, 59-year-old Eileen Taylor from Springfield, Pennsylvania, was taken to FF Thompson for injuries sustained in the crash.

Several ambulances were called to the scene, along with Mercy Flight and firefighters from several departments in the area.

Witnesses say they’ve seen accidents at that intersection, but nothing this serious. “[I’ve never seen anything] this bad, at least not since I’ve been working around here,” said Tyler Fischer, who works nearby. “I know this intersection, it’s pretty big for high-speed accidents, but this is definitely the worst thing I’ve ever seen here,” Fischer added in a conversation with WHEC-TV.

The identities of those involved have not yet been released.

The intersection was shut down for hours after the crash, as investigators and first responders worked the scene.

In addition, the Ontario County Sheriff’s Office and Ontario County Humane Society is asking for the public’s help finding a dog, who was in one of the vehicles in Sunday’s wreck.

“This young lady is Lily and she and her family were involved in a car accident tonight at State Rt 96 and 332. Lily was last seen running behind CVS towards Collett Rd.,” the Sheriff’s Office said on Facebook. “Lily was wearing a pink collar and leash, although we’re being told her collar has a different name on it as she is a new addition to the family. If you should spot Lily, or she shows up at your house looking for breakfast, please give the Ontario County 911 Center a call, or the Humane Society, so we can get her reunited with her family.”

Huge accident at the intersection of 332 and 96 in Farmington. No official word from Ontario County Deputies about injuries at this time but the damage looks pretty bad. pic.twitter.com/OBrchYrK1X

This is one of the cars involved. Traffic headed North on 332 is being detoured. pic.twitter.com/AX8c4Il7Jv 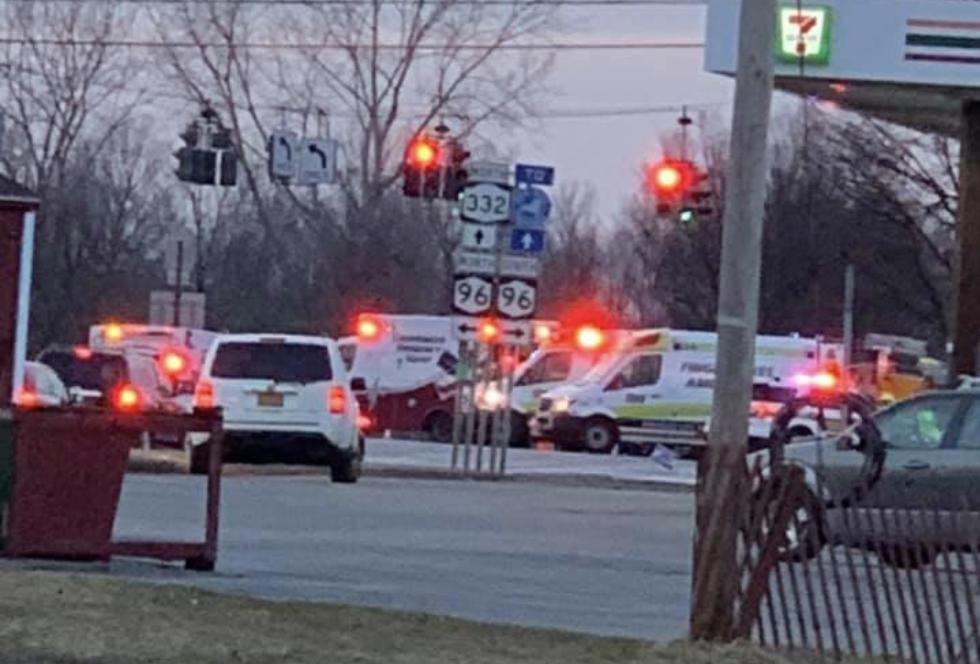