A career-night for senior Frank Howard wasn’t enough to push Syracuse (20-13) past #5/5 Duke Thursday night, falling 84-72 in the quarterfinal round of the ACC Tournament. Howard put up a career-best 28 points on an 11-of-20 performance from the floor while combining with Buddy Boeheim and Oshae Brissett for 52 of the Orange’s 72 points. 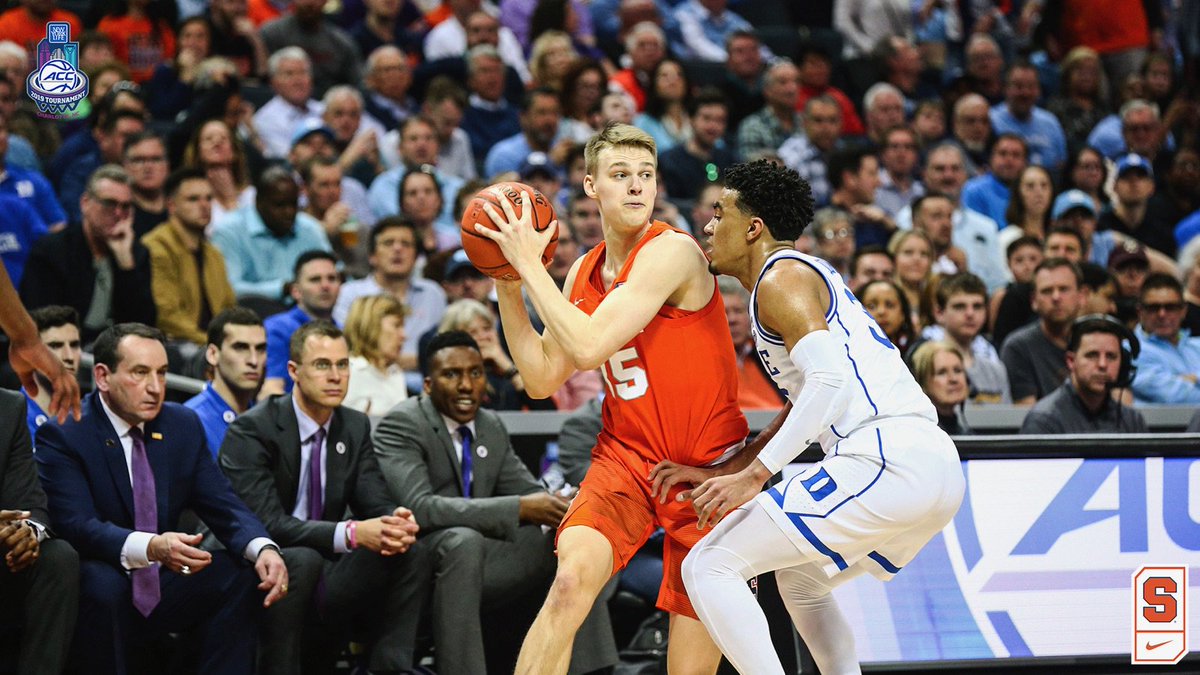 Howard recorded four 3-pointers in addition to his three assists and two rebounds. Boeheim finished the night with 15 points, marking the freshman’s second-consecutive game in double-digit scoring. Brissett tacked on 14 points to go with his team-best seven rebounds.

In his first game back from injury, Duke’s Zion Williamson did not disappoint notching 29 points. He was a perfect 13-of-13 in addition to his 14 rebounds for his 11th double-double of the season.

Now the Orange await their NCAA Tournament fate, to be announced Sunday. Selection Sunday will be broadcast live at 6 pm on CBS.

Syracuse's Frank Howard appeared to attempt to trip Zion Williamson early in the first half. pic.twitter.com/aNUUebKMXH

Frank Howard on the trip: “I was shown the video on the way out here. If you’re trying to say I tripped him…I realized I tripped him and I held out my hand but I was in the heat of battle. I’m not going to wait four years to get to this point and trip somebody.”