Little more than two years after purchasing the former BonaDent building in Waterloo – the Seneca County Board of Supervisors learned that they would need to spend more than a million more to fix a 20-year-old roof.

The former BonaDent building was purchased for $3.2 million, according to the supervisors, with an additional $700,000 being spent on renovations for the property before departments could move into the space. 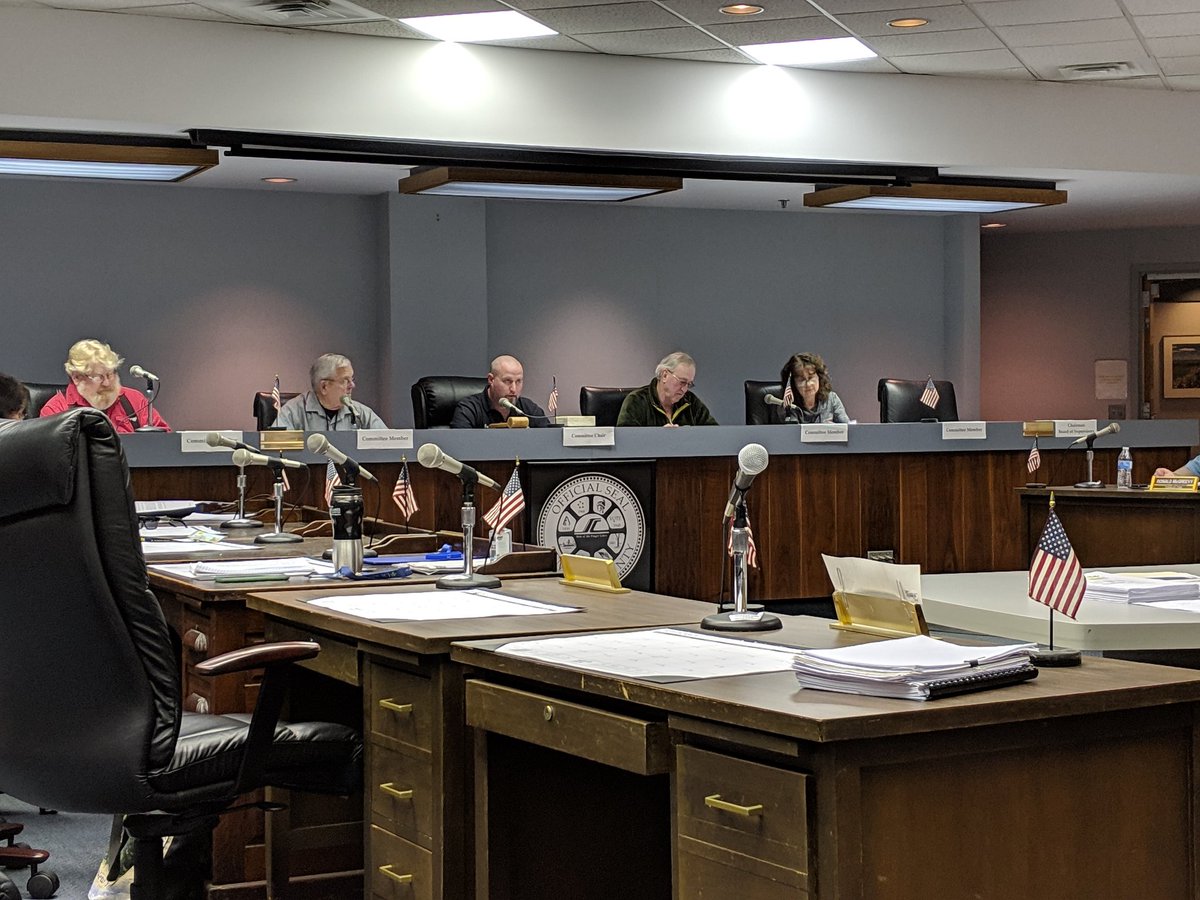 On Monday, Joshua Pokracki, of The Garland Company, Inc. gave the supervisors that update. The roof, which would be guaranteed for 30 years – would likely cost between $1.15 – $1.30 million.

Pokracki pointed out a number of issues with the roof system that exists presently on the structure – like the fact that the 42,000-square-foot structure only has three roof drains.

The supervisors were stunned and frustrated, as the presentation was read out to the Public Works Committee, which held a special session.

“We were told it was structurally sound when we voted to purchase it,” said Supervisor Cindy Lorenzetti (D-Fayette). “This is unbelievable.”

The realization that the building that was pitched as a consolidated cost-saving measure would cost more than a million more gave pause to most of the board. “We should have done our due diligence,” added Supervisor Greg Lazzaro (R-Seneca Falls). “We have acted too hastily over the last several years when issues like this have come up.”

Supervisor Lee Davidson (R-Lodi) shared Lorenzetti’s frustration with the circumstances. “This is a really frustrating situation,” he added. All three supervisors expressed desire to see the Board act more deliberately to ensure that these types of circumstances are avoided in the future.

Supervisor Don Trout (R-Waterloo) reminded the board that the purchase was complete, though, and that they should focus their energy on addressing these issues in the future. In his estimation, that meant dealing with the upcoming expense.

Supervisor Lorenzetti asked Facilities Director Bob Stuck who toured the former BonaDent building before the supervisors moved to purchase. Stuck said that He and former County Manager John Sheppard did. Stuck went on to note that even though he wanted a building assessment to be completed – Sheppard wouldn’t allow it.

The board was again whipped into momentary stunned silence.

“I understand why [Stuck] didn’t fight Sheppard’s denial,” responded Supervisor Davidson. Lorenzetti wasn’t as convinced, asking Stuck why he didn’t come to the supervisors to request an assessment of the building for millions were spent on it.

Supervisor Lazzaro admitted that the board made a big mistake by purchasing the building. “The buck stops here,” he added. “We screwed up. We have to take responsibility.”

Supervisor Lorenzetti made a motion to seek out a second opinion to verify the information that was provided by Garland, which even had accompanying photos of the existing, stressed roof structure.

Supervisor Paul Kronenwetter (R-Seneca Falls) asked how a roof system, albeit flat, could have the number of problems the one over the former BonaDent building does. “Flat roof systems are common,” he added. “A tapered roof would be ideal, but flat roofs are common and widely used.”

The supervisors didn’t take any action, but with the assessment of the 20-year-old roof being given failing grades in a variety of categories – action will at some point be necessary.

The report points out that the roof system overall is failing; and has reached its serviceable life. It advises that the County budget for roof replacement with proper design. That includes a tapered insulation, which would be applied to raise portions and avoid ponding. The report points out that the lack of incline is a ‘huge component’ for why the system overall has failed.