Cayuga County Sheriff Brian Schenck reports the arrest of a Union Springs woman on DWI charges under Leandra’s Law after a crash in the Town of Ledyard along Dog Corners Road on Sunday. 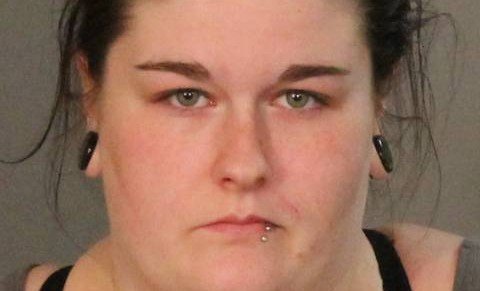 The crash happened around 10:45 p.m. and both the operator, Alexandria M. Ferguson, 25, and her 6-year-old passenger had to be transported to Auburn Community Hospital.

They have since been released, but authorities announced charges against Ferguson on Tuesday.

Schenck says Ferguson left the roadway and entered a ditch. The 2015 Jeep Patriot she was operating struck a culvert.

Ferguson was processed on Monday, February 25th and released with an appearance ticket returnable to Ledyard Town Court on March 5th.

Assisting with the investigation and cleanup at the scene were State Police, Cayuga County 911, and several fire departments including Auror, Fleming, and Poplar Ridge. Southern Cayuga Ambulance also assisted at the scene.

5 mins ago
New York Republicans sent a letter to Governor Hochul earlier this week asking her to rethink the state’s bail reform ... MORE

People across the U.S. are quitting jobs to start their own business

25 mins ago
Many across the United States are rethinking their career plans in the wake of the COVID-19 pandemic. The Bureau of ... MORE

2 hours ago
Several Thruway service areas in Western New York and Central New York have been closed since last year. In a ... MORE

8 hours ago
On Wednesday night there were 16 Wayne-Finger Lakes basketball teams in action. Check out the scores, stats and Thursday’s slate ... MORE

56 mins ago
On Monday, January 24, a state supreme court struck down Governor’s Hochul mask mandate, only to have it reinstated by ... MORE