After being quiet from three in the last two games, Hughes knocked in four 3-pointers on his way to the game-high 18 points. He also contributed six rebounds, two steals, two blocks and an assist. Oshae Brissett also had a bounce back performance with 16 points after shooting 7-of-15 from the floor. Buddy Boeheim and Tyus Battle rounded out the double-digit scoring numbers with 14 and 11 points, respectively. Marek Dolezaj led the Orange with a season-high nine rebounds, one shy of matching his career best. 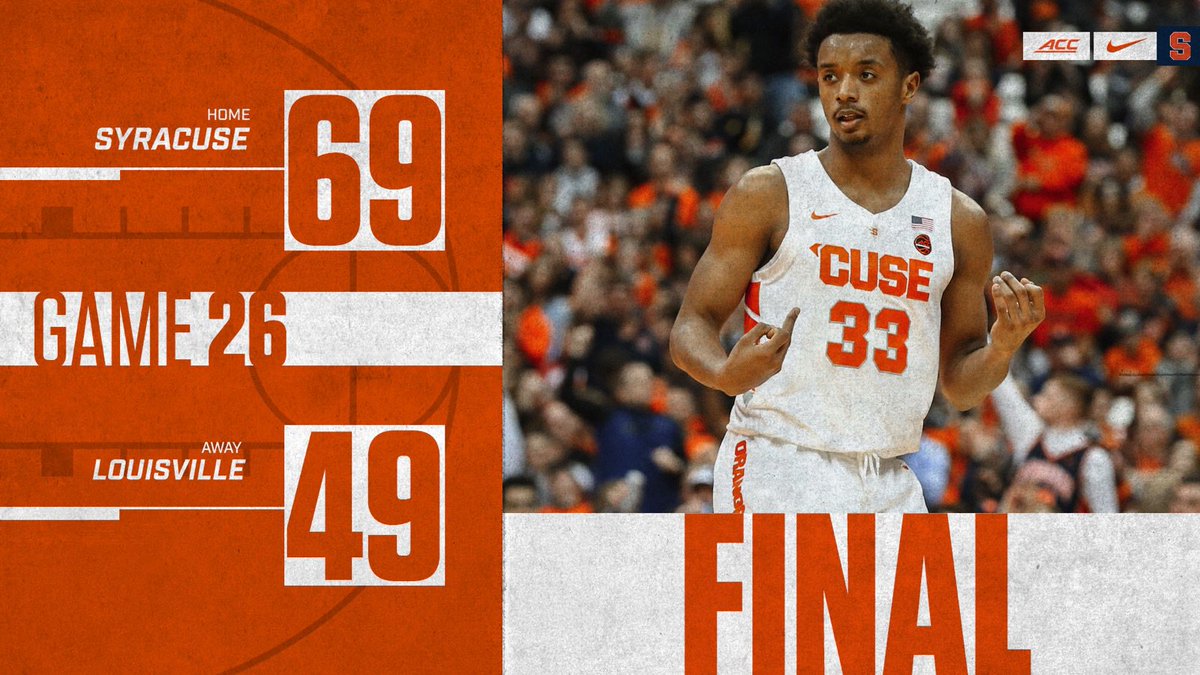 Syracuse has now won five of the last seven meetings against the Cardinals, including the last two. Louisville, who entered the game averaging 76 points per game, was held to a season-low 49. The 49 points tie the fewest they have ever scored against Syracuse, matching the March 3, 2012 game where the Orange came out on top 58-49.

Walking off with the dub ? pic.twitter.com/2Mu8KlbYXt

Syracuse enters the toughest part of its schedule as four of its next six opponents are ranked in the top 20, including three that are in the top 10. First up for the Orange is #18 Louisville on Wednesday night at 7 p.m. in the Carrier Dome. The game will be broadcast on ESPN and will be available on the Watch ESPN app. Fans can also listen to the action on the Syracuse IMG Radio Network.

Syracuse looks to bounce back after a 73-58 setback on the road to NC State last Wednesday. In the loss, senior Frank Howard tied his career high with five 3-pointers on his way to a season-high 21 points. Sophomore Marek Dolezaj also equaled his season-high in points with 10 and grabbed five rebounds. Louisville was able to hold on and beat Clemson 56-55 in its last game, improving its record to 18-8, including 9-4 in the ACC. The win against the Tigers broke a two-game losing streak for the Cardinals. Read More