Brissett had a game-best 18 points, finishing the night 6-of-9 from the floor. His 12 rebounds narrowly missed matching a career-high of 14. Frank Howard came up big with three 3-pointers on his way to a final stat line that included 15 points, four steals, three rebounds and two assists. Paschal Chukwu rounded out the trio with double-digit point totals, putting up 10 of his own on an efficient 4-of-5 shooting performance. He also made his presence known on the boards, nabbing eight. 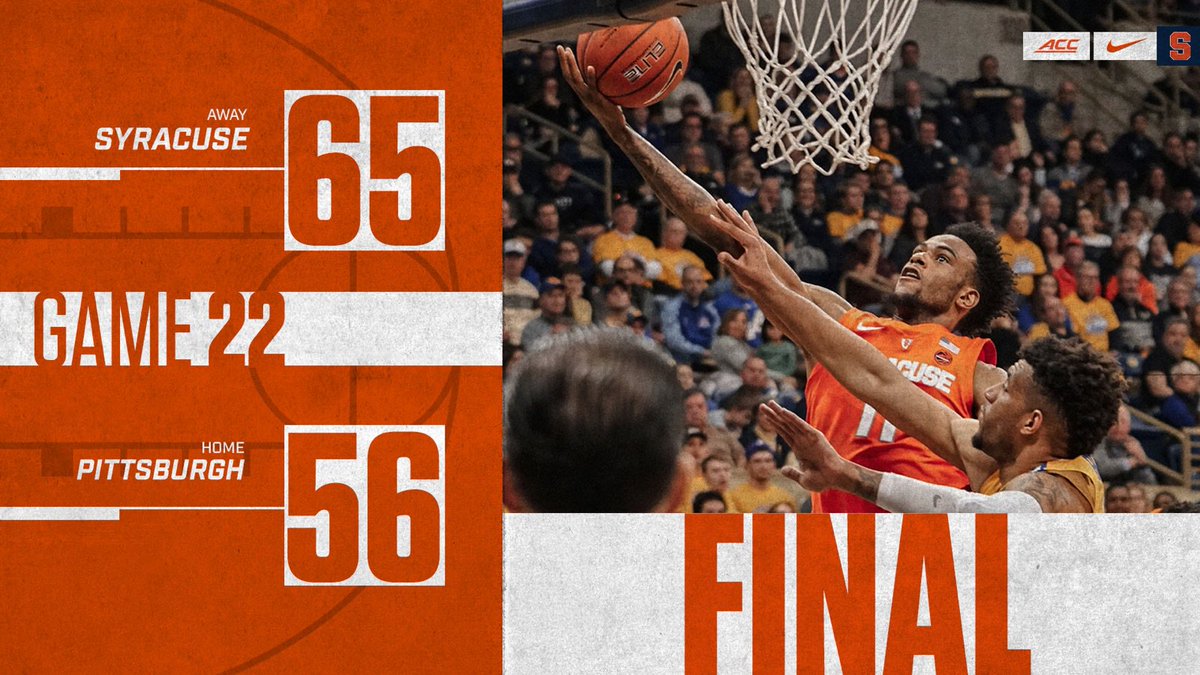 5-1 on the other guys' floors this season. pic.twitter.com/YgoSO48Hsr

The Pitt dirt sheet on Syracuse. Some major shade and disrespect @OaklandZoo pic.twitter.com/yNKTwdH92y

Syracuse and Pittsburgh will meet for the second time in two weeks when the Orange visit the Petersen Events Center on Saturday. Tip time is set for 6 p.m. The game will be televised on ESPN2 and on the Watch ESPN app. Fans can also listen to the live action on the Syracuse IMG Radio Network.

Syracuse defeated Boston College, 77-71, in Chestnut Hill on Wednesday night, improving its record to 15-6, including a 6-2 mark in ACC play. The Orange have now won four of their last five contests and eight of their last 10.  Read more from Cuse.com