Advocates and local government leaders on Thursday continued to press the state to fund early voting in the final state budget agreement.

The good-government group Common Cause, along with local elections commissioners and actress and activist Piper Piper Perabo called for an estimated $22.7 million be set aside. 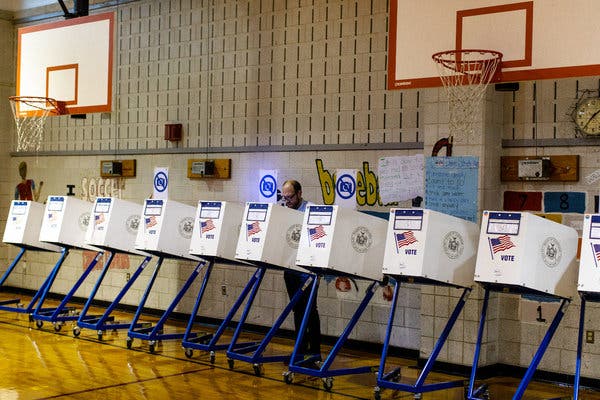 “New York State will have early voting in name only without a dedicated funding stream,” said Susan Lerner, Executive Director of Common Cause/NY. “Governor Cuomo must fund both early voting and electronic poll books if he actually wants to see this much needed reform succeed.”

State lawmakers this month passed a package of bills meant to make it easier to vote and register to vote in New York, including the early voting as well as a consolidation of the state and congressional primaries to one day in June.

“I am so excited that early voting is on its way to New York and that’s thanks to Let NY Vote coalition,” Perabo said. “We need Governor Cuomo to put his money where his mouth is and put funding for early voting and electronic poll books in the budget this year.”

The New York State Association of Counties, meanwhile, approved a resolution this week urging lawmakers and the governor to allocate the money as well, saying “these reforms will likely require counties to purchase and use electronic polling books, and make other investments in their election systems.”

Cuomo’s office has pointed to the savings that will be in place for the consolidated primary as well as the revenue for local governments that will come from enforcing a sales tax on out-of-state purchases made online.