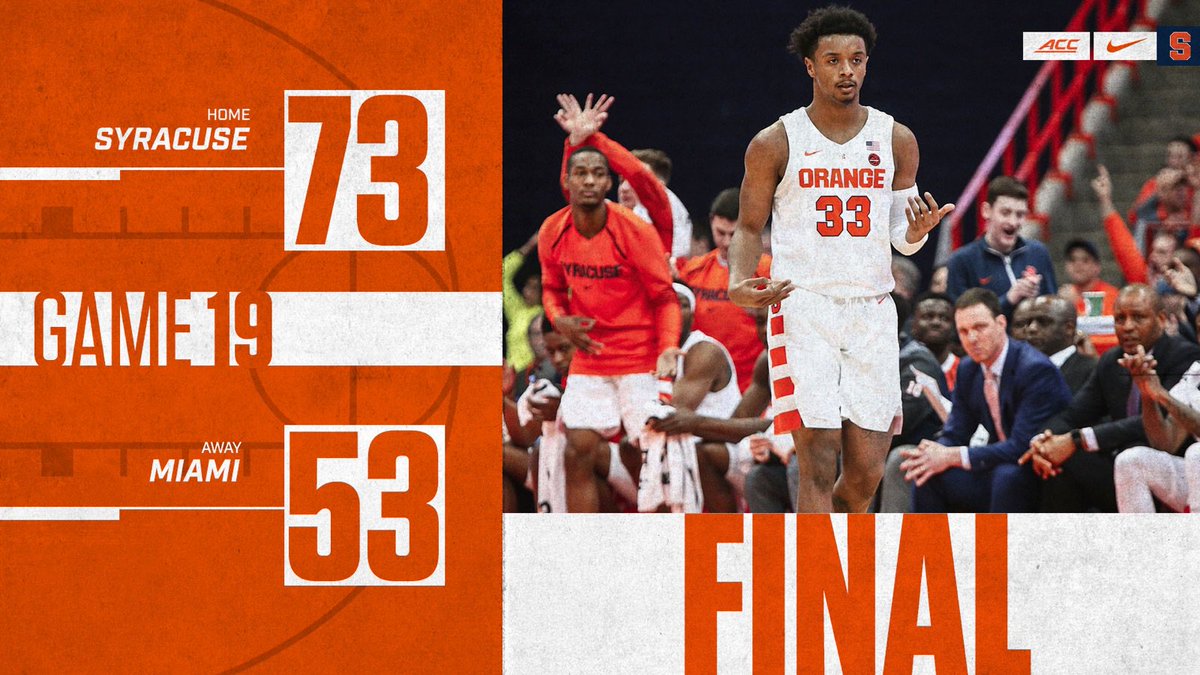 Hughes’ six three-pointers helped him tie a career-high 22 points on a hot-shooting hand that saw a 6-of-9 performance from behind the arc and went 8-of-13 from the floor. The redshirt junior had an all-around complete game, also contributing three rebounds, three assists, three steals and three blocks. Buddy Boeheim reached double-digits for the second consecutive game, adding 12 points on a night where he shot 3-of-6 from three-point range. In his 80th consecutive start, Tyus Battle narrowly missed his first career double-double with 10 points and a career-high nine assists.

The Orange were helped by a balanced scoring offense that saw eight players score at least two points.

Final stats from @Cuse_MBB's 20-point win over Miami in the Dome, presented by @Speedway pic.twitter.com/FxWhmjadEd