Gov. Andrew Cuomo on Tuesday signed into a law a measure meant to strengthen abortion rights in New York, a long-sought proposal for Democrats and reproductive rights advocates. 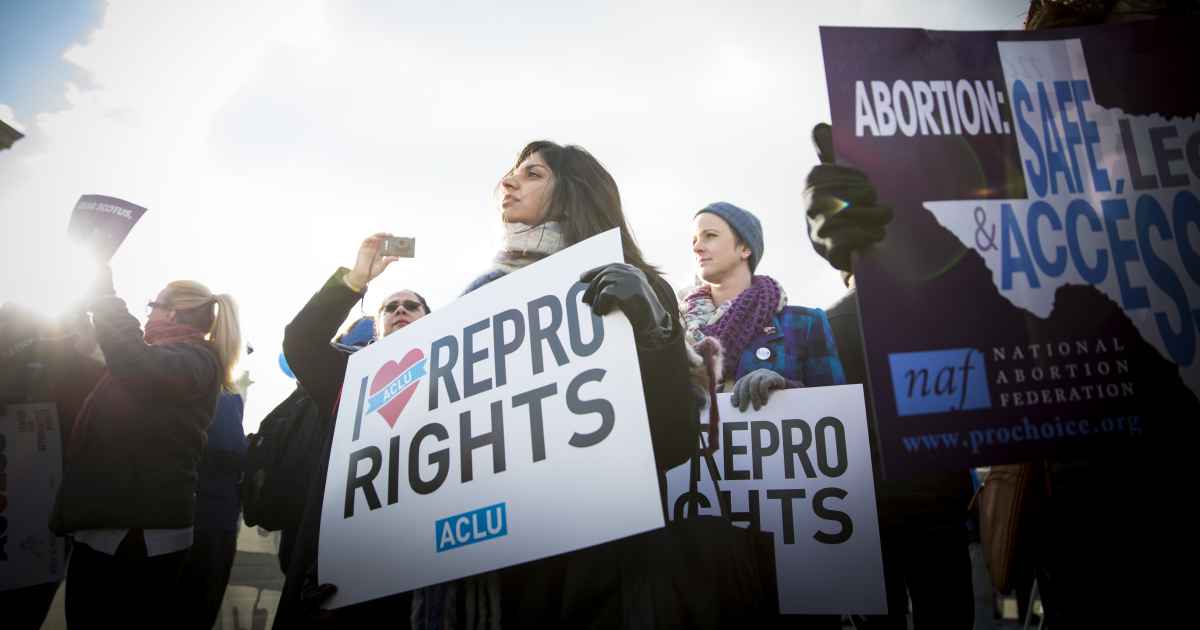 Cuomo signed the bill just moments after the Democratic-led Assembly approved the measure. Hours earlier, the bill passed in the state Senate for the first time since it was proposed more than a decade ago.

The legislation in large part, Cuomo said, was meant as a safeguard should the Roe v. Wade decision be overturned.

The bill was included in a 10-point women’s agenda Cuomo proposed six years ago. Republicans, who controlled the state Senate until this year, would not take the bill up for a vote.

The legislation approved Tuesday passed on largely party-line votes. In the Senate, no Republican backed the bill.

“It took us a long time to get here,” Cuomo said. “It was a position I had from my first day. It happens to be coincidence where you have a federal government that wants to overturn Roe v. Wade.”

Assembly Minority Leader Brian Kolb (R-Canandaigua) issued the following statement after the signing of the RHA:

“Abortion has been legal in New York State since 1970, even when it was illegal at the federal level. Today’s passage of the Reproductive Health Act came under the false narratives that the legality of women’s rights are being jeopardized, and this was a necessary legal step to simply formalize Roe v. Wade in state law.

In reality, this bill goes beyond anything we have seen before. The legislation passed today:

– Expands abortion into the third trimester, allowing for a pregnancy to be terminated up until the moment of birth;

– Takes away important protections for pregnant women who suffer violent attacks that injure or kill their unborn child; and

– Threatens the health and safety of women by allowing abortions to be performed by individuals who are not physicians.

New York is home to the highest abortion rates in the nation and some of the least-restrictive abortion laws. Access and opportunity have been here for decades. Today’s effort represents an extreme step down a very troubling road.”

“Today I voted against the Reproductive Health Act because I believe there is always another option. I know two women who chose not to abort their children, and though I have never met them, I see them each and every day in my two eldest children who are adopted. We talk about family first here in the Assembly and because of these two women, I was given a family to put first. As a father, I will always defend my children and put their life before my own. I will forever appreciate what they did to give me the opportunity to raise such beautiful and wonderful children. I’d like to encourage more people to pursue this option so more families can grow like mine.”

“Far from simply codifying the federal protections afforded to all women under Roe versus Wade, this new law is an extreme action by Governor Cuomo and a State Legislature now under one-party Democratic control. It continues to impose on all New Yorkers a radical left, liberal political agenda by significantly expanding abortion, legalizing abortion right up until a baby’s birth, authorizing non-doctors to perform abortions, and even outlawing current protections afforded to the pregnant victims of domestic violence. It is a disturbing, extreme, radical action that I strongly oppose along with many of my constituents and many, many New Yorkers.”