Gov. Andrew Cuomo called on Monday for a constitutional amendment that would guarantee reproductive rights for women. 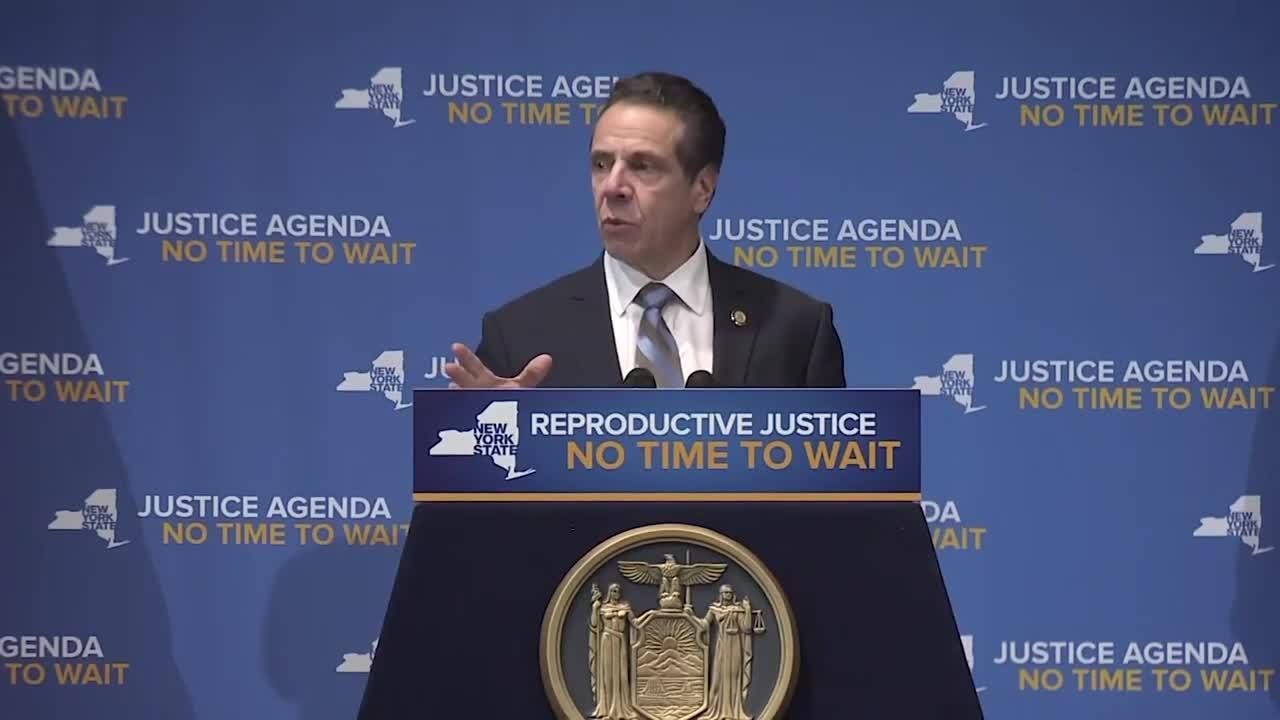 “I want to take it a step further and I want to pass this year a constitutional amendment that writes into the constitution a provision protecting a woman’s right to her own reproductive health,” Cuomo said. “We’ll able to say we’ve protected women’s rights in a way no one has been able to do before.”

A constitutional amendment is a multi-year process, requiring the passage of two separately elected sessions of the Legislature and then approval by voters in the form of a referendum.

Cuomo said the constitutional guarantee is needed to go beyond statute.

“In this crazy political world, no one is really sure what happens,” he said.

“That’s what we have,” he said. “We have an extreme conservative agenda in Washington. It’s their morality. It’s their interpretation of ethics. And they’re going to impose it upon you.”

Cuomo, rallying with Hillary Clinton, Lt. Gov. Kathy Hochul and Senate Majority Leader Andrea Stewart-Cousins, again called for the passage of two measures meant to strengthen abortion and reproductive rights in New York — the Reproductive Health Act and the Contraceptive Care Act. Both bills have stalled in the Republican-controlled Senate, which flipped to Democratic control this year.

Both bills are a “prophylactic” against federal action, Cuomo said.

Passage of these measures is expected to come this month. Nevertheless, Cuomo said he would not agree to a budget deal without those measures first in place.

“I will not pass a budget until the Reproductive Health Act and the Contraceptive Care Act are passed, period,” he said.