The final legislative session of the 2018 calendar year in Seneca Falls didn’t go without some controversy, as the Board weighed in on typical end of year issues.

First, a budget modification to deal with a shortfall in the Vince’s Park budget. While it’s unclear what caused the shortfall, Accounts Clerk Bev Warfel explained to the Board via email on Dec. 27 that the Town had fallen short on ‘expected revenue’ by almost $19,000. She added that expenditures exceeded cash-on-hand for the Vince’s Park fund through October by approximately $3,000. 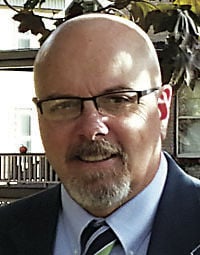 Altogether, it created a shortfall of approximately $19,000 or $20,000. As it was required that funds be moved, the Board was forced to take action on Friday – catching up the accounts.

Town Supervisor Greg Lazzaro wanted to know why. “Where is this money going to come from,” Lazzaro said on Saturday, following the board’s passage of a resolution moving ‘general’ funds over to the Vince’s Park account. Warfel recommended that the Town Board transfer a portion of third quarter landfill revenue in the amount of $25,000 to cover the shortfall in the Vince’s Park fund.

Lazzaro noted that he was ‘concerned’ about the lack of interest from other board members – who weren’t curious about where those funds would come from. “We still don’t know precisely why there was a shortfall,” he explained. “That’s a concern, and it’s something we should understand if we’re going to be asked to vote on something less than 24 hours before a board meeting.”

His concern was with the description of a ‘revenue shortfall’, which left out details about what specific components of the revenue chain did not come to fruition. Lazzaro also noted that the information would have been valuable to know during the budget process – to ensure that proper budgeting could have taken place for 2019 – to avoid a repeat shortfall.

The Board voted 3-2 in favor of the budget change. Supervisor Lazzaro and Deputy Supervisor Lou Ferrara were the dissenting votes.

The second item of note at the final 2018 session was significantly more controversial. It involved an application for permit, which was received by the Town on Dec. 12 for the New Years Ball Drop, which takes place at The Gould, located on the corner of Fall and State streets.

It requires a public safety presence, and requires that organizers have proper, special insurances to cover any potential incidents that could occur. Supervisor Lazzaro, who voted against the application for permit, contended on Saturday that it had serious issues.

The application, which was reviewed by Director of Parks and Recreation Jim Spina, and Police Chief Stuart Peenstra – was completed in multiple colors of ink, had several scribble marks, and raised red flags about its legitimacy. “Those who are responsible for overseeing these types of applications need to take the process seriously,” Supervisor Lazzaro said on Saturday. “This is a poor reflection of a permit application for an important event like this one.”

Supervisor Lazzaro said that despite being the only dissenting vote against the resolution accepting it – the intent was never to prevent it from happening. “This is an important event for the Town of Seneca Falls, and a special one,” he explained on Saturday. “I wanted to make the point, though, that there were concerns, which were not addressed in the application.”

To that end, Supervisor Lazzaro contended that beyond sign-offs by department heads involved in the process – no proof of insurance had been provided at time of the meeting. “Town employees should make sure that they are paying attention to detail,” added the Supervisor, who was concerned about an appearance of rubber stamping applications. “These documents exist to protect both organizers and the Town.”

The Supervisor said that The Gould, which is owned and operated by the company that operates the Quality Inn located on State Route 14 between Seneca Falls and Waterloo – had representation at the meeting. He noted that he was ‘sympathetic’ to the contention that The Gould had recently undergone an ownership transition, which put the staff under a lot of stress. “It’s difficult planning an event like this one, so I understand their point of view, but our people need to do better.” Another concern voiced by the Supervisor was the prospect of the application not being submitted 30 days prior to the event. “It was brought to the Town’s attention on Dec. 12,” Lazzaro explained. “We’ve handled last-minute applications in the past, and that wouldn’t have stopped the ball drop from happening, but more communication between departments would have been appreciated.”

Lazzaro admitted that the Town is operating within an antiquated system, given that digital application processes for permits are common in other municipalities. “That’s why sitting down with the applicant and helping them fill out a new copy would have been an easy fix, absent the insurance issue,” he concluded.

The Supervisor reiterated that the ball drop wouldn’t be impacted by the vote; and that his concerns were merely with process being properly observed among Town employees. The Board voted 4-1 in favor of the application.