New York continues to lose population to other states 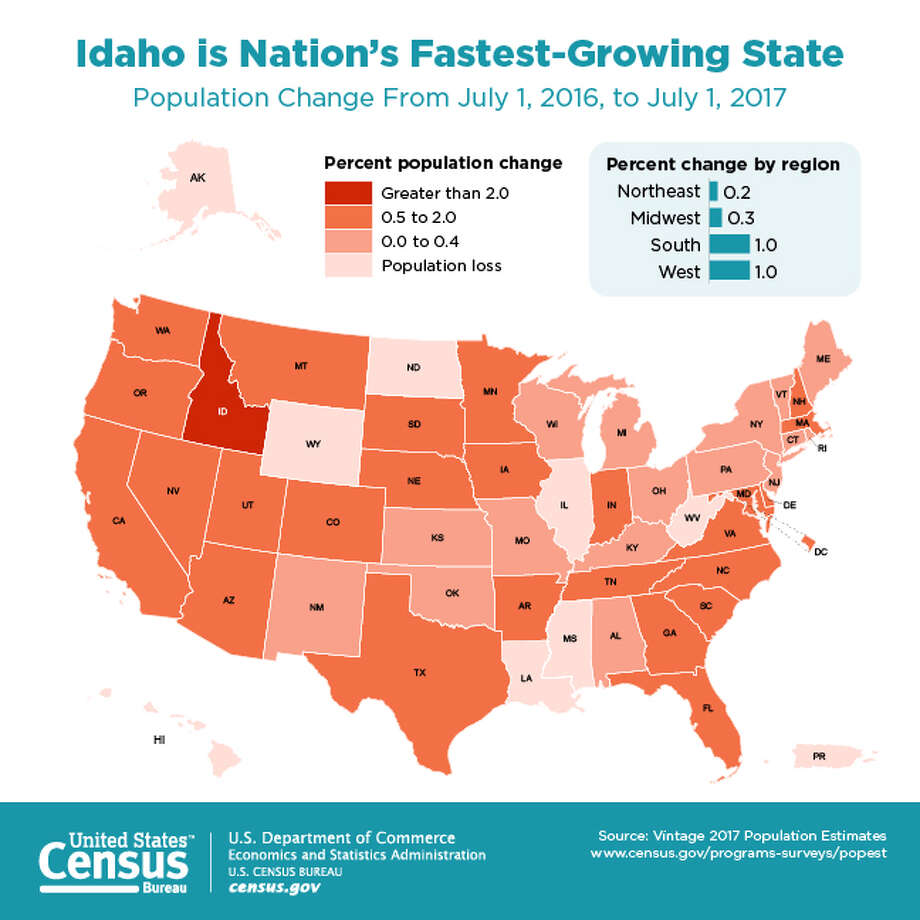 New York was one of nine states and one U.S. commonwealth to lose residents over the past year — and it lost more people than its counterparts with declining population, according to figures released Wednesday by the U.S. Census Bureau.

Florida, which edged out New York to become the third most populous state as recently as 2014, gained the second highest number of new residents — 322,513 — and it realized what demographers noted as the highest level of net domestic migration of all states in the last year, at 132,602 people. Since 2010, Florida has gained 1,160,387 people from net domestic migration.