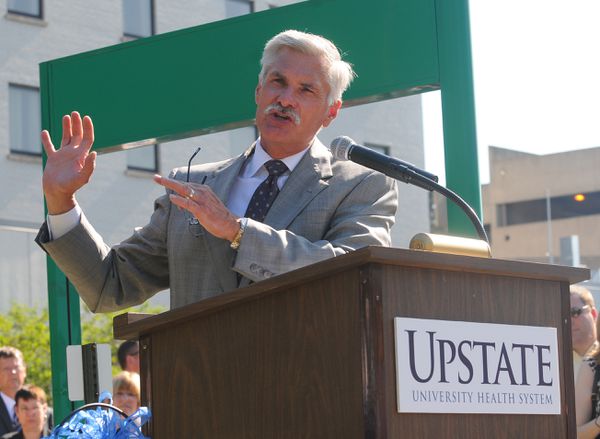 A judge reluctantly sentenced Dr. David R. Smith today to thee years of probation and no jail time for padding his pay while he was president of SUNY Upstate Medical University.

“This was public money,” Syracuse City Court Judge Rory McMahon told Smith. “This is what bothered me.”

Despite his reluctance, McMahon gave Smith the same sentence that was worked out as part of a plea deal Smith agreed to in September. He pleaded guilty to three counts of official misconduct, all misdemeanors, for increasing his pay from 2006 to 2013 without state permission.

As part of his sentence, Smith must pay $247,419 in restitution and $3,000 in fines. He’s already paid $75,000 and must pay the balance over the next three years. If Smith fails to adhere to the terms and conditions of his probationary sentence, including the payment of restitution, he could face up to three years in jail.

Of the $247,419 that must be repaid, $189,412 represents money Smith pocketed between 2007 and 2013 from an unauthorized pay raise he took from the State University of New York Research Foundation.