Auburn woman ticketed after running into back of bus 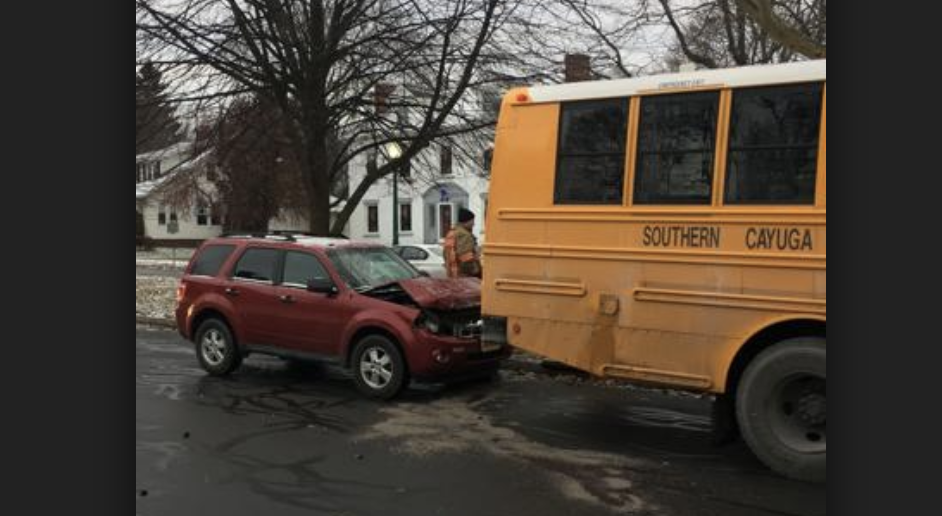 Police say an Auburn woman was arrested after she drove into the back of a school bus around 8:34 a.m. at the intersection of East Genesee Street and North Herman Avenue.

The crash involved an SUV and a Southern Cayuga Central School bus.

While one 10-year-old passenger was on the bus, there were no injuries reported.

The bus was getting ready to turn left toward Herman Avenue Elementary School when 23-year-old Brittany Brown was unable to stop in time and hit the back of the bus.

Upon investigation, police say it was found that Brown was operating the vehicle on a suspended license.

She was ticketed, according to police.