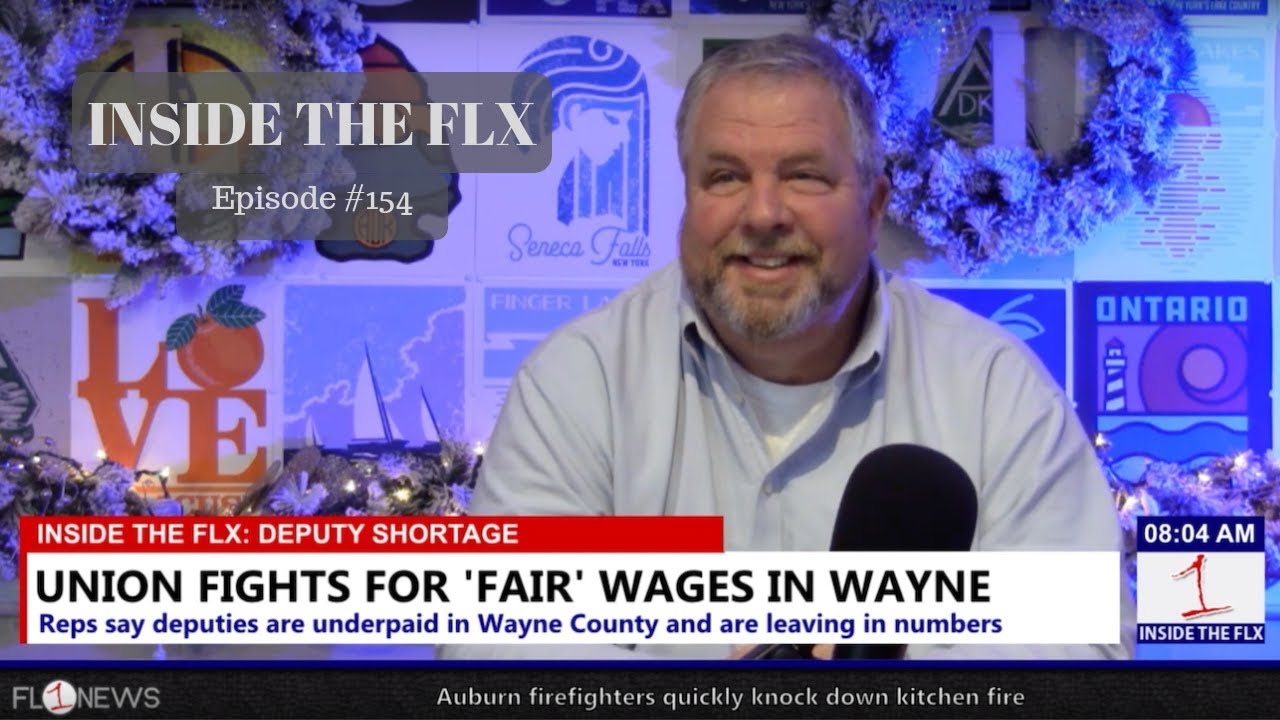 According to Chris Toole, of Teamsters Local 118 — based out of Rochester — one group of local law enforcement officers are desperate for parity.

This week, Toole sat down in-studio to discuss ongoing negotiations between the deputies of Wayne County and County Government — who he says walked away from the table recently.

While additional meetings are set to take place — Toole isn’t terribly confident that a resolution will be found in the short-term.

“We’re looking for equity with other departments and the region’s competitors,” Toole explained. “It’s difficult to retain employees in any situation where there is a stark contrast in compensation.”

He said that the fact it’s public sector employees makes it more difficult. But, there are benefits to public sector negotiations. “There’s so much more communication. Especially face-to-face, and that’s important,” Toole added.

As he represents 60 deputies, sergeants, and investigators with the Sheriff’s Office — the goal remains bringing them up to a competitive wage in a new package.

Right now deputies make $26 per hour, which is 15 to 20 percent below local competition. It’s resulted in deputies leaving for opportunities shortly after being hired out of academy.

The union is asking for a 30 percent raise, which is largely driven by that pay gap — caused by a period of three years without any compensation increase. “These men and women haven’t received a raise since 2015,” Toole continued. “So retro-pay has to be part of the discussion.”

He said that the retro-pay, or ‘back pay’ for time gone without a raise is negotiable — but a substantial increase is necessary. And with the number of high-profile cases the Sheriff’s Office has been involved with — staffing is an issue.

“They are working long hours to compensate for being down around 15 deputies,” Toole added. “Combine that with the inadequate pay, and it’s a recipe for disaster.”

A mediation session is scheduled with the state later this month, and Toole says it will be a session that could go all day. “They’ll try to get both sides on target,” he explained, which will involve that representative with the state going between both rooms. “It’ll be to get us on good terms.”

Toole is afraid that the negotiation meeting will be unsuccessful. “It might sound [kind of] negative, but I think we’re headed to impasse, and that’s pretty sad.”

Going down that road — Toole said it would be a ‘massive failure’ on the County’s part. “The only decision the arbitrator can look at is wages. They’ll look at comparable wages in surrounding counties, and see that we’re correct; and see that the County is very well situated financially,” he added. “Their issue — scheduling — can only be addressed with me, at the table, and that’s where they failed when they walked away.”

That scheduling refers partly to the possibility of phasing in a pay raise, which Toole says was looked at during the process. He says phasing a pay raise in over a number of years will not work, because it would take up to a decade to actually create parity with other departments.

25 mins ago
Millions of residents in the state of Colorado are set to see stimulus payments worth $750 and $1,500 this August ... MORE

34 mins ago
Indiana residents will soon get tax refunds worth $125. Read here to learn more about the program and see if ... MORE

39 mins ago
A UBI program set to end soon will be extended through September, sending additional $400 payments to New York residents ... MORE

59 mins ago
Thousands of people in the state of Pennsylvania will now be eligible to collect up to $650 in direct stimulus ... MORE

Housing Market: Where are housing prices expected to drop in the next year?

1 hour ago
Across the US, housing prices are very high. Recent reports suggest that they could drop, which is good news for ... MORE

3 hours ago
The former Denny’s in Auburn could be the home of a car wash. A developer is seeking to build a ... MORE