Syracuse gets dramatic win over Georgetown on Saturday (full coverage)

In a heated battle from the Carrier Dome, the Syracuse Orange came away with the narrow edge in a 72-71 win over the Georgetown Hoyas. After going down by 13 in the first half, Syracuse battled back and took down their longtime rivals.

The first half started with a ton of energy, as both sides applied pressure on defense and looked to get the ball inside. Elijah Hughes let the fans in attendance sit down with a corner three to start as the Orange regained the lead after Mac McClung got the game going with a three for the Hoyas.

Oshae Brissett’s ability to get to the rim continued in this one, as the Hoyas had to foul the sophomore forward in order to contain him. Even though Brissett got to the line early, the Orange couldn’t buy a bucket early in this one. Syracuse started 1-14 from deep, as they were left forcing up tough shots late in the shot clock.

Howard ended the Syracuse scoring drought with a floater inside as the Orange started to get a little offense going. Hughes and Tyus Battle got to the line, where Battle followed a miss with a layup inside, cutting the Georgetown lead to 15-11.

Syracuse puts its four-game winning streak on the line when it welcomes former BIG EAST foe Georgetown to the Carrier Dome on Saturday. The game will tip off at 3:30 p.m. The game will be televised on ESPN or the Watch ESPN app. Live audio will also be available on the Syracuse IMG Radio Network.

The Orange defeated Northeastern, 72-49, when the teams faced off on Dec. 4. It continued Syracuse’s undefeated record against the Huskies. Sophomore Oshae Brissett led the Orange in both points (21) and rebounds (14). It marked his 15th career double-double and his second of the season. He also tied his career high in rebounds, a mark that he has reached twice before. Redshirt junior Elijah Hughes and freshman Buddy Boeheim also reached double figures in scoring, with 17 and 11, respectively. Read More

Georgetown's Patrick Ewing on his return to the Carrier Dome, the Syracuse-G'town rivalry and Jim Boeheim. https://t.co/0QtEqvxSi8

IT'S GOING DOWN IN THE CARRIER DOME ON SATURDAY! Our @DAMNTWIN gives us the details on @GeorgetownHoops + @Cuse_MBB and why this rivalry STILL MATTERS + some analytics on this game! #BeatGeorgetown #OrangeNationhttps://t.co/uTQqZRipMH 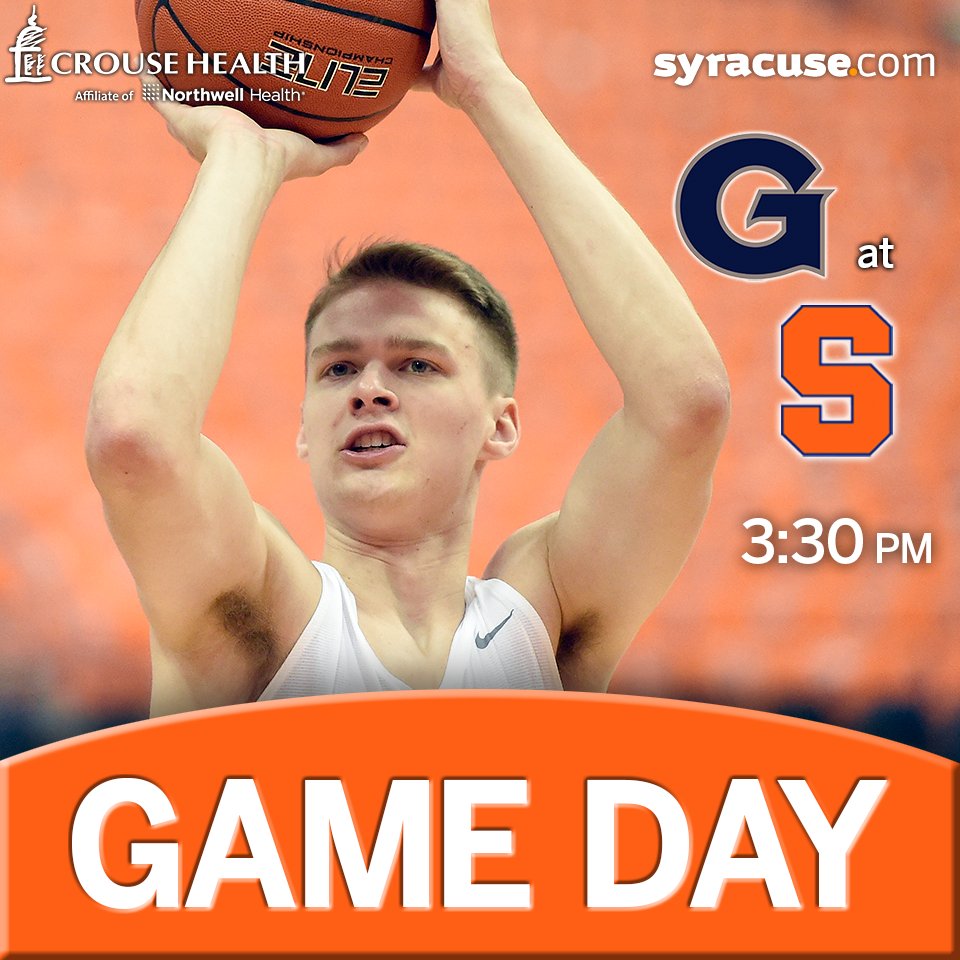