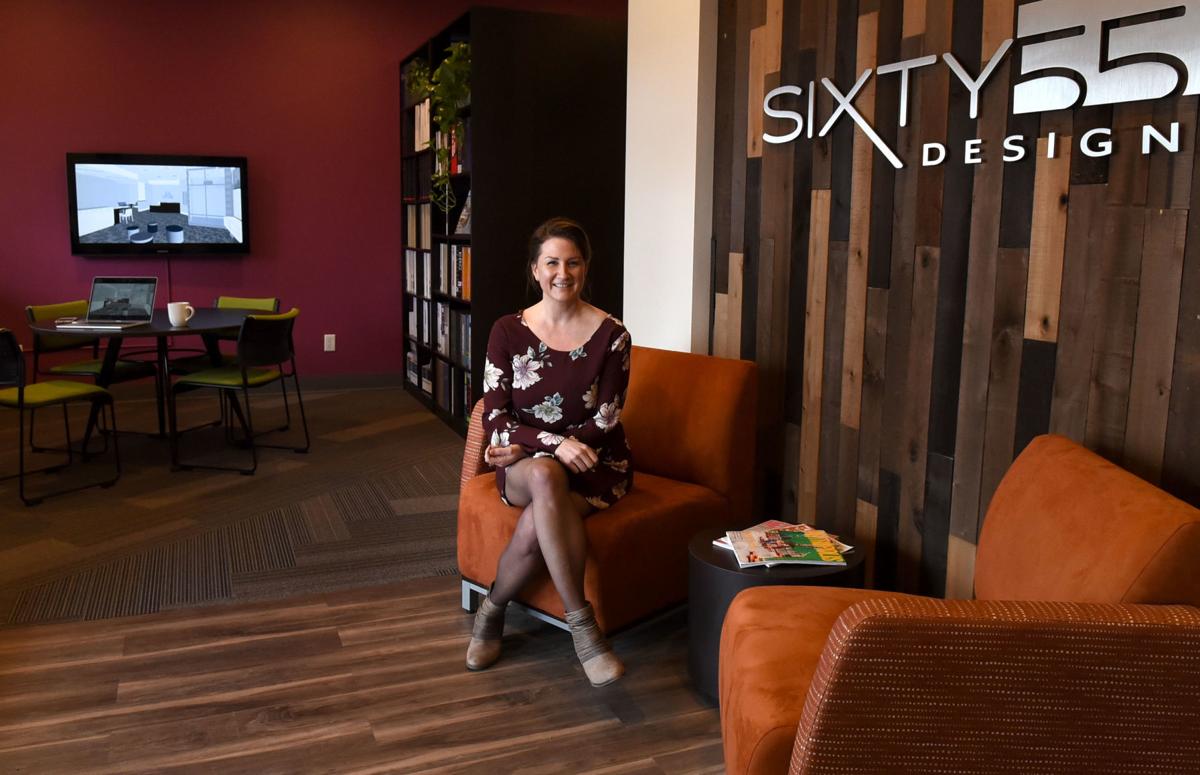 Tucked away on West Lake Road in Fleming stands a young interior design studio. Although the building, which was once a grocery store, has been around for decades, only a handful of clients have stepped inside.

When it gets too quiet, Jessica Franklin Benedict throws on a queue of music. “I like it all — as long as it’s music, right?”

Benedict, the founder and principal designer of Sixty55 Design, hopes to kill the silence with a ribbon cutting and an open house of her new studio.

Before Sixty55 landed at its current spot, operations were running out of Benedict’s grandmother’s house. Before that, she was unsure of where her career was going. She had recently quit a job and uncertainty was lingering.

“I was sitting on my couch three years ago and I got a call from an old client asking me to do some freelance work,” Benedict said. “I got a desk and I opened my business out of my grandma’s old sewing studio.”

Benedict decided to honor her grandmother by naming the company after her house number. The former grocery store lies just down the road from where she used to lived.