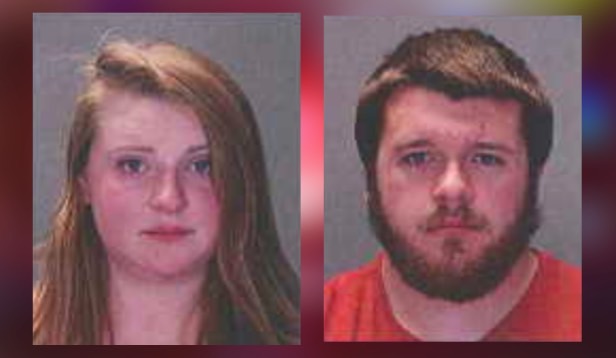 On Saturday around 10:33 p.m. deputies from the Ontario County Sheriff’s Office responded to 43 Main Street in Shortsville for the report of a disturbance.

While responding — it was reported that a gunshot had been fired. Upon arrival, deputies located a male with lacerations to his head and face — with damage to his ear.

He was transported to Clifton Springs Hospital with non life-threatening injuries, according to deputies.

It was then discovered that he had metallic material lodged in his head from the gunshot that was reported. Following an investigation it was determined that the victim’s girlfriend, identified as Miranda Murphy, 23, of Shortsville accidentally fired a round from a 12-gauge shotgun and some material expelled from barrel of it — striking the victim.

Her brother, Casey Murphy, 22, of Canandaigua then used that shotgun to repeatedly strike the victim in the head.

Deputies say that both were charged with second-degree assault, which is a Class D felony.

The two were held at the Ontario County Jail pending arraignment.