Chestnut Hill, Mass. — One week after being carted out of Yankee Stadium, Eric Dungey was high-stepping through the end zone at Boston College.

The Syracuse football quarterback proved he was healthy enough late in the first quarter on Saturday when he pulled the football from running back Moe Neal’s stomach and outran two Eagles defenders to the corner of the end zone. 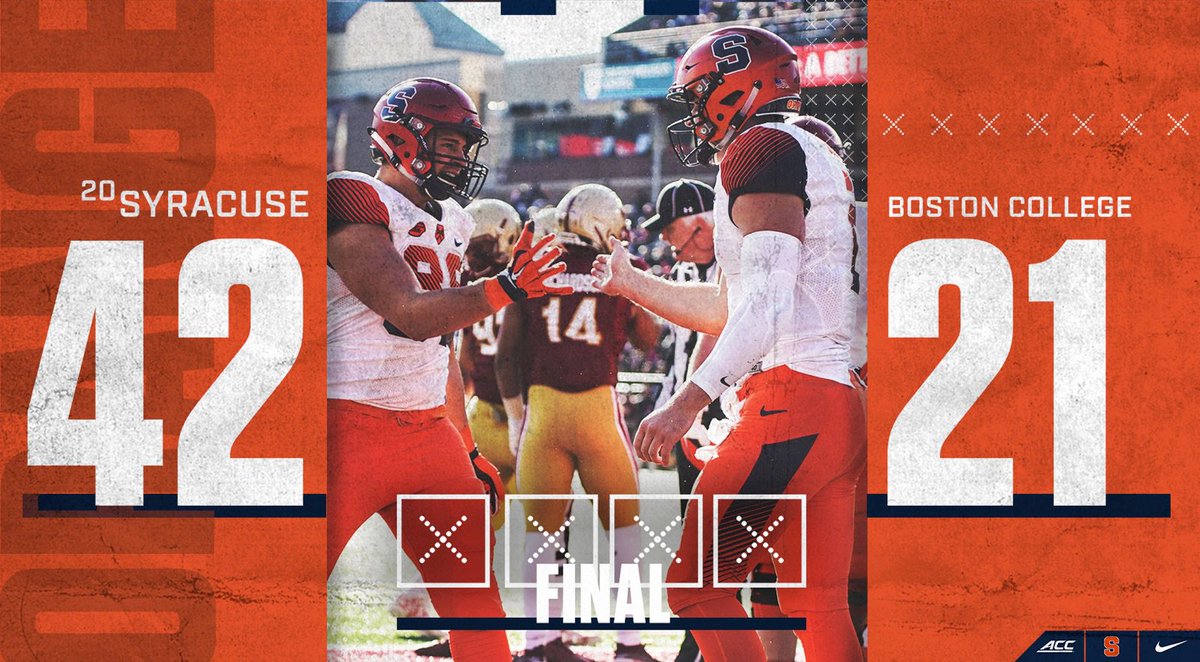 Then he kicked his feet out in celebration, dropped the ball and turned to the BC student section before blowing a two-handed kiss.

The touchdown was the start of a very on-brand performance from Dungey, whose status was never certain until the end of pregame warm-ups. By the time he walked off Alumni Stadium following the 20th-ranked Orange’s 42-21 win over the Eagles, he had racked up a career-high six touchdowns (three passing, three rushing) and 396 total yards of offense.

??????????
Congrats @CuseFootball on a great season. Bravo @CoachBabersCuse @EricDungey and the rest of the team. #OrangeNation

Syracuse finishes its regular season at 9-3, its first 9-win season since 2001 pic.twitter.com/75VU7Jcxk8

Eric Dungey turned in a memorable performance in his final regular season game for @CuseFootball that capped a tremendous career: https://t.co/lNa9ZUksN3 pic.twitter.com/VSjBwRobYM

There goes that man. pic.twitter.com/HitAS52lnt

No. 19 Syracuse (8-3, 5-2 ACC) squares off against longtime rival Boston College (7-4, 4-3 ACC) in the final game of the regular season at noon Saturday, Nov. 24. The matchup of former BIG EAST Conference foes turned ACC rivals will air nationally on ESPN, with Bob Wischusen (play-by-play), Brock Huard (analyst) and Allison Williams (sideline) on the call. 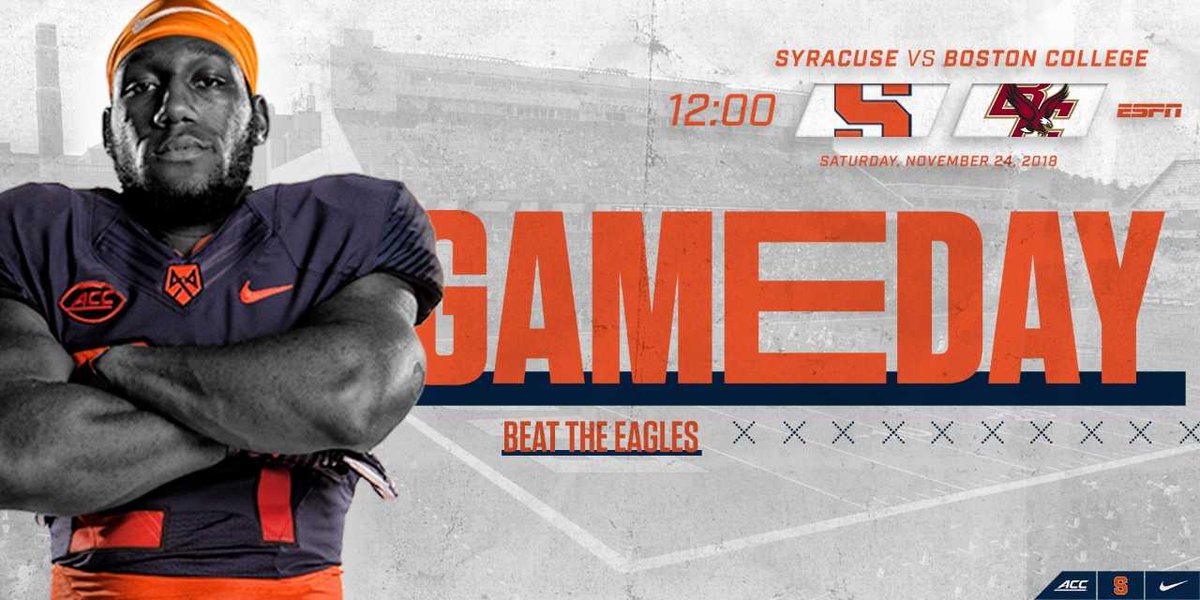 Syracuse, picked to finish last in the ACC Atlantic during the preseason, can clinch second place in the division with a victory. The Orange saw their four-game winning streak snapped by Notre Dame last time out, but a win would make Syracuse 5-1 over the second half of the 2018 season.

On the road vs. a rival.

Let's get it done. pic.twitter.com/SM2ukDaSow