Falcon Park in Auburn on pace despite early snowfall 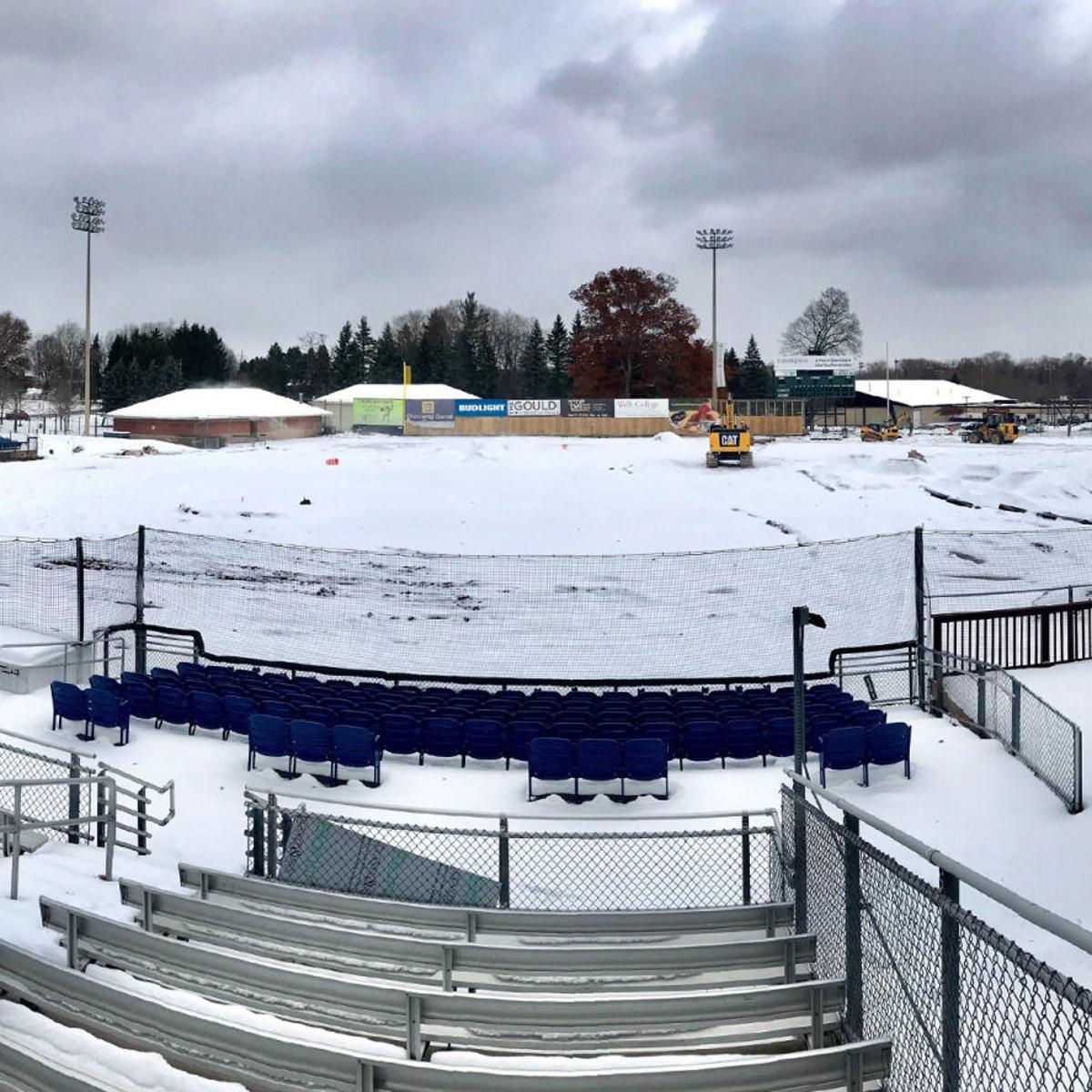 Despite November’s snowfalls, the synthetic turf installation at Falcon Park is still expected to be completed on time in the spring.

The Auburn City Council unanimously approved moving forward with the project in October, nearly three months after the plan to transform the facility so it could be used by Cayuga Community College teams was first introduced.

The goal was to have the new artificial turf field ready so CCC teams could begin using it in the spring, but that meant getting work underway in the fall. More than 15 inches of snow in mid-November was not in the plan.

Despite that, Superintendent of Public Works Mike Talbot said this week he believes that the project is still aligned with its anticipated timeline — even with several early snow days this year. The main reason for his optimism is that work that began last month was ahead of schedule before the snow storm last week.