Connecticut went on a 13-0 run midway through the first half to erase a Cornell lead and held off the Big Red despite a game-high 26 points from Matt Morgan as the Huskies earned a 91-74 victory on Tuesday evening at the XL Center. UConn improved to 4-1, while Cornell dropped to 3-3. 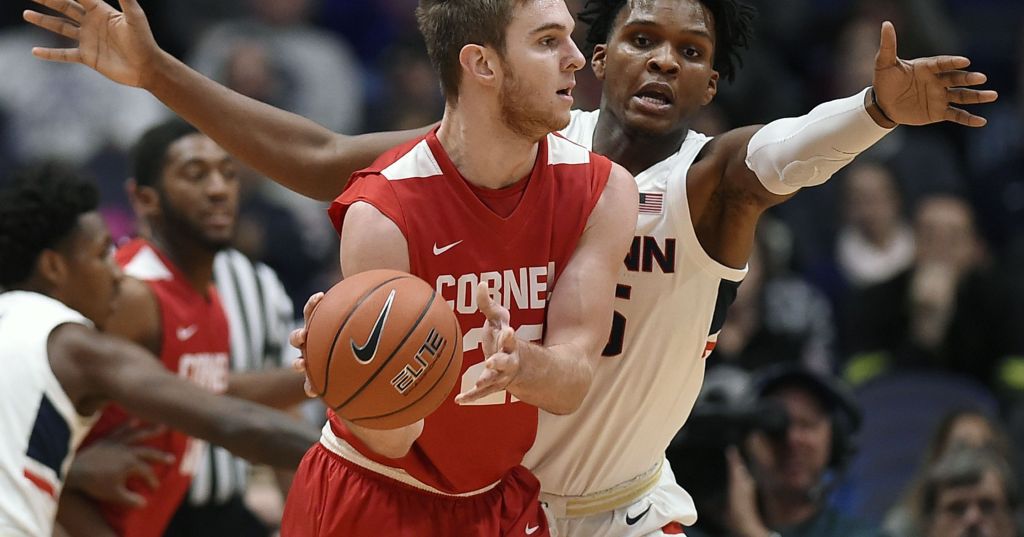 Morgan’s 26 came on 11-of-15 shooting and added four rebounds, two blocked shots and a steal in a losing effort. In the process, he moved into ninth on the Ivy League’s all-time scoring list. Josh Warren scored 10 and both Troy Whiteside and Jack Gordon scored eight points, with Gordon adding four assists. The Big Red shot 46 percent overall and assisted on 17 of the team’s 24 made baskets. Read More | Box Score (CornellBigRed.com)

MBKB I That's a final from the XL Center. UConn tops @CUBigRedHoops 91-74. Cornell now 3-3 on the year. Matt Morgan with a game-high 26 points. Back in action on Nov. 28 at Lafayette. #YellCornell pic.twitter.com/6951pM9gIZ

Your @CUBigRedHoops takes the floor at the XL Center. Tip-off vs. UConn in 30 minutes on SNY and ESPN3. pic.twitter.com/Y8W0uPJr1u

UConn, with one turnover during the first 12 minutes, took control with a big first-half spurt and polished off the Big Red at the XL Center in Hurley’s Hartford debut.https://t.co/9QU9EUwifL

On its longest road win streak in six years, Cornell will face a big roadblock in continuing it when it visits Connecticut on Tuesday, Nov. 20 at 7 p.m. at the XL Center in Hartford, Conn. The contest will be broadcast live on SNY with Gary Apple and Tim Welsh on the call and Maria Marino on the sidelines. Cornell’s modest three-game road streak is the longest since 2012-13.

We’re 7 hours from tip at the XL Center. Watch @CUBigRedHoops vs. UConn tonight at 7 pm. pic.twitter.com/eRoEMmg8QY

Morning shoot around for the Big Red!
Game vs UConn tonight at 7pm!
? ESPN3#GoBigRed #NewmanNation pic.twitter.com/5FdBptY9Yr

.@CUBigRedHoops handled NJIT easily beating them 86-73. The Red are heading into a 3-game away stretch marked with matchups against UConn and Syracuse. https://t.co/zKMCxblvSS