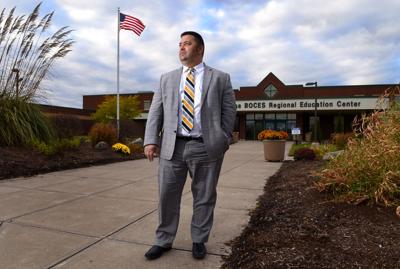 Brian Hartwell has been the district superintendent for Cayuga-Onondaga BOCES for nearly six months. He had most recently been the superintendent of the Pulaski Academy & Central School District and had previously been the principal of Oswego High School. The top BOCES seat had seen a lot of change in recent years, as the previous leader Denise Dzikowski abruptly left in March 2017 after less than a year in the position. Later that month, Chris Todd, the district superintendent for the BOCES in Oswego County, became the Cayuga-Onondaga BOCES head, a position he held through May of last year.

Speaking with The Citizen recently at his office at the BOCES building, Hartwell said he had enjoyed working on different programs and initiatives with the Oswego County BOCES so much that he wanted to do more of that kind of work.