Moe Neal rushed for a career-best 159 yards and two touchdowns, quarterback Eric Dungey ran for two more scores and passed for another, and No. 13 Syracuse took advantage of five Louisville miscues to rout the Cardinals 54-23 on Friday night. 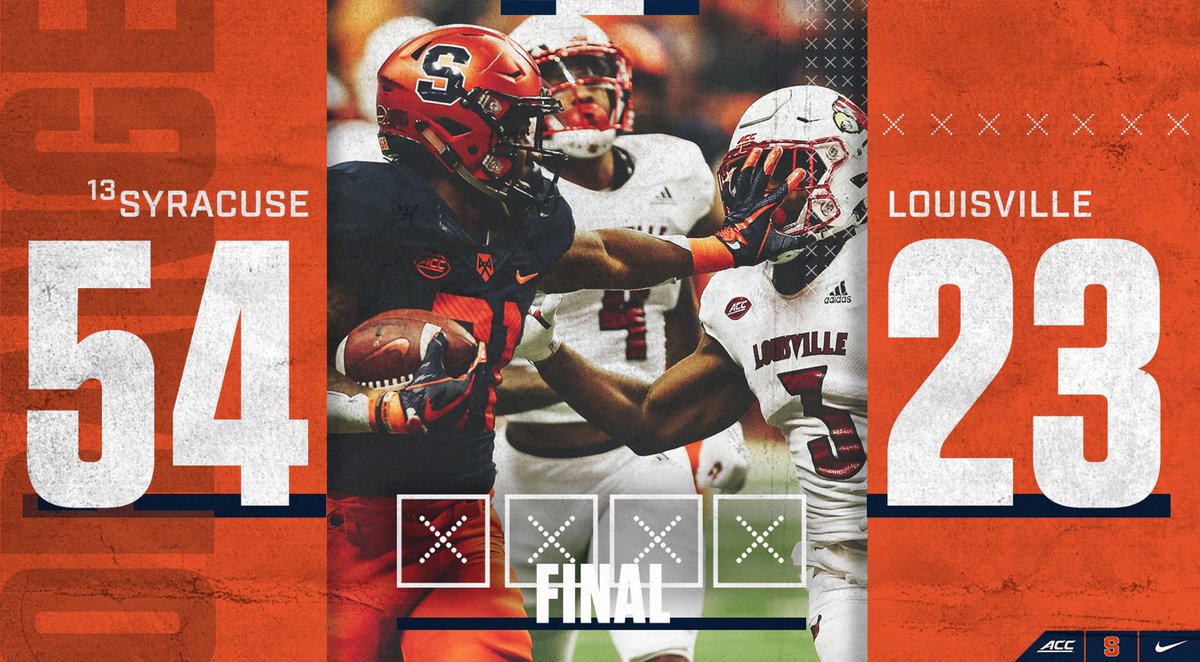 These seniors have a lot to be proud about. Ranked 13th in the nation and perfect at home. Let’s go get Notre Dame ?@CuseFootball pic.twitter.com/eMjER0HDbc

Some neat attendance notes in here for tonight's game against Louisville. It's the most fans SU has had in the Carrier Dome since hosting LSU in 2015. https://t.co/rjtkZJD927

Eric Dungey can’t go two feet without an autograph or a picture. Must feel good after four years. @CNYcentral pic.twitter.com/Eo9TMIInPl

Nationally ranked Syracuse closes out its home schedule with a Friday night tilt against lowly Louisville. The Cardinals blasted the Orange in the teams’ last two meetings, winning by a combined score of 118-38 as they racked up more than 400 rushing yards in each of the victories. Of course, there’s a slightly different level of talent on Louisville’s roster, as quarterback Lamar Jackson is now in Baltimore with the Ravens. The Cardinals have used three different signal-callers this season, and none has come close to Jackson’s performance. Read More