A game-high 20 points from Oshae Brissett led the Syracuse (1-0) to a 66-38 season opening victory against Eastern Washington (0-1) Tuesday night at the Carrier Dome. The contest was the first of four for the Orange in the 2K Empire Classic benefiting the Wounded Warrior Project.

The only player from either team to record double-digit points, Brissett also led both teams with eight rebounds and three steals. His 20 points came on an 8-of-15 (.571) shooting performance, and his eight field goals tied a career-high. 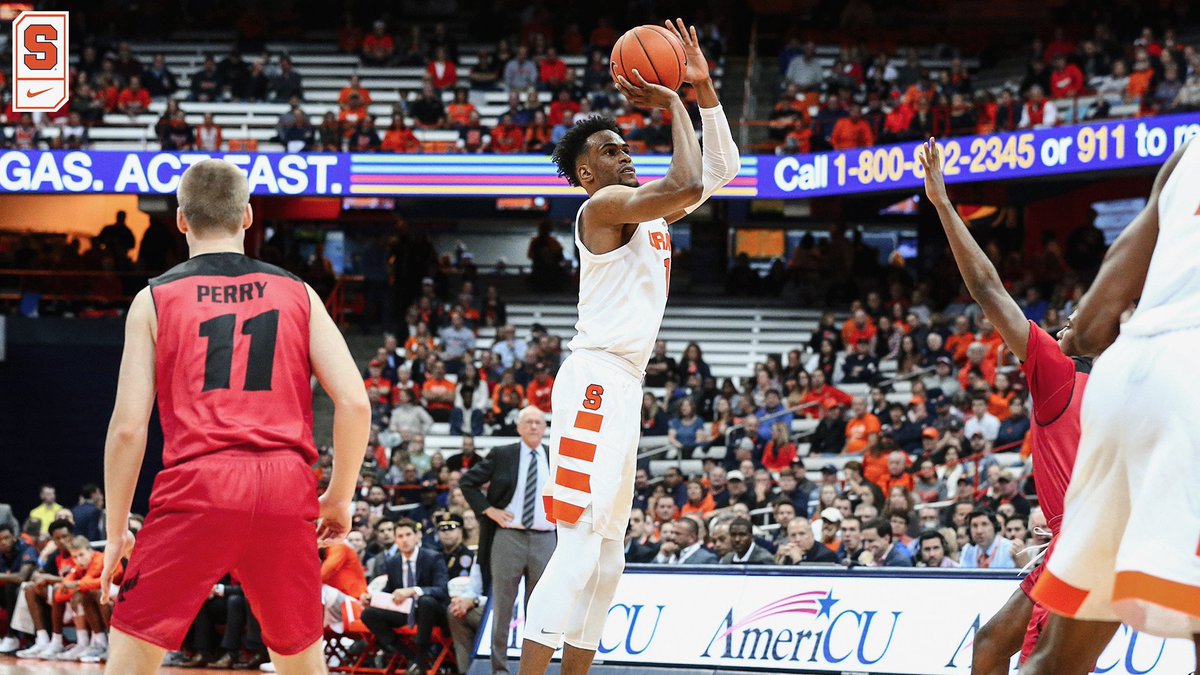 Tyus Battle and Bourama Sidibe added eight points each and a total of eight Syracuse (1-0) players tallied a basket. In his Orange debut, Elijah Hughes notched a career-high seven rebounds and three steals.

The game, which is part of the 2K Classic that culminates next week in Madison Square Garden, will be played on ACC Network Extra.

ACC Network Extra is not available (yet!) on traditional television channels but is available to ESPN subscribers. It is a streaming service that can be accessed via the Watch ESPN app. Read More

So let's have some fun with this, as Syracuse Basketball gets underway, here's some preseason bracketology. Let's see how this looks come Selection Sunday (also St. Patrick's Day) @CNYcentral