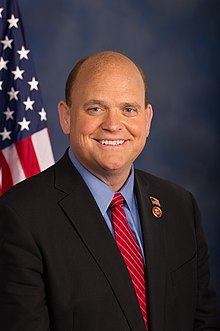 Over the last two years, Michael Enslow, a resident of Waterloo, New York, has been in a back-and-forth with a debt collector. The exchanges, familiar to many Americans, ended up in federal court, claiming that the debt collection company repeatedly refused to remove medical debt he long ago resolved from his credit report. Their error prevented him from getting preapproved for a mortgage.

Such chicanery is par for the course in the debt collection industry, which is known for abusive practices, including bullying consumers into paying debts they do not owe. What’s unusual about Enslow’s case is that he was mistreated by a company that his own representative in Congress, western New York’s Republican Rep. Tom Reed, founded.

More than a dozen other consumers, including other New York residents, have filed complaintsabout Reed’s company, according to a docket maintained by the Consumer Financial Protection Bureau, one of the agencies that oversees consumer lending companies. Several of the complaints claim that Reed’s firm harassed them for medical debt they never incurred or had already resolved.

For nearly two decades, Reed reaped financial rewards from the debt collection industry, managing a law firm that specialized in the trade. After his election to Congress in 2010, Reed resisted congressional rules that prohibited him from practicing law and required him to remove his name from his law firm. The Buffalo News reported that 194 court documents continued to carry his law firm’s name after he was elected. But his name remained until 2014, when Reed said he had sold his stake in the company to his brother. In response to an inquiry from The Intercept, Abbey Daugherty, a spokesperson for Reed’s campaign, said, “Tom is not involved in this business.”

Yet records show that the Reed household did not fully divest from the company, though the company was rebranded from the “Law Office of Thomas W. Reed,” to “RR Resource Recovery.” An ownership stake in the firm is now controlled by Jean Reed, the wife of Tom Reed. And the newly incorporated firm lists Tom Reed’s brother John as the registration agent.

Reed makes little effort to distance himself from the company. Records show that he owns a property company called Reed & Reed Properties that houses RR Resource Recovery. And his personal ethics disclosureshows that Reed’s household continues to own a stake in both firms and collect an income of up to $100,000 a year from the two companies.

Read more from the Intercept.com