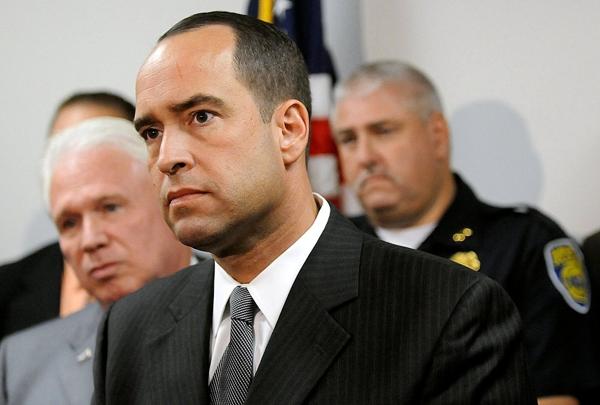 Cayuga County District Attorney Jon Budelmann announced on Friday that a 31-year-old Utica man was found guilty on all nine felony counts against him in Cayuga County Court.

The jury convicted Derek Sedore, 31, of Utica on the following charges:

One count each of:

The Honorable Thomas Leone presided over the week-long jury trial.

After hearing testimony and reviewing evidence, the jury found that on February 28th at approximately 2 p.m. Sedore unlawfully entered the victim’s residence in Sterling with the intent to commit the crime of robbery.

While inside, he caused physical injury to the victim when he struck him with the a loaded rifle. Sedore, along with co-defendant Caleb Pilkenton, 27, held the victim at gunpoint and tied him up during the incident.

Sedore and Pilkenton fled the residence with an armful of stolen property including four rifles and two handguns.

Sedore now faces upwards of 25 years in prison. He will be sentenced on December 20th. Budelmann says Pilkenton pleaded guilty in August, and will receive a sentence of 12 years in prison.

In 2011, the duo committed a burglary together and were sentenced to seven years. They had been released just months before the most-recent incident.

DA Budelmann commended Antonacci for an ‘excellent job’ preparing the case and prosecuting it. “Fortunately, the victim has recovered from his injuries and these two offenders will not be released from custody for many years,” he said.