Syracuse scored the only goal it would need in the 65th minute as it upset No. 1-ranked and previously undefeated Wake Forest, 2-0, in men’s soccer action at the SU Soccer Stadium. Freshman Hilli Goldhar put the Orange ahead with his second goal of the year, and senior goalkeeper Hendrik Hilpert made five saves for his second shutout of the season. 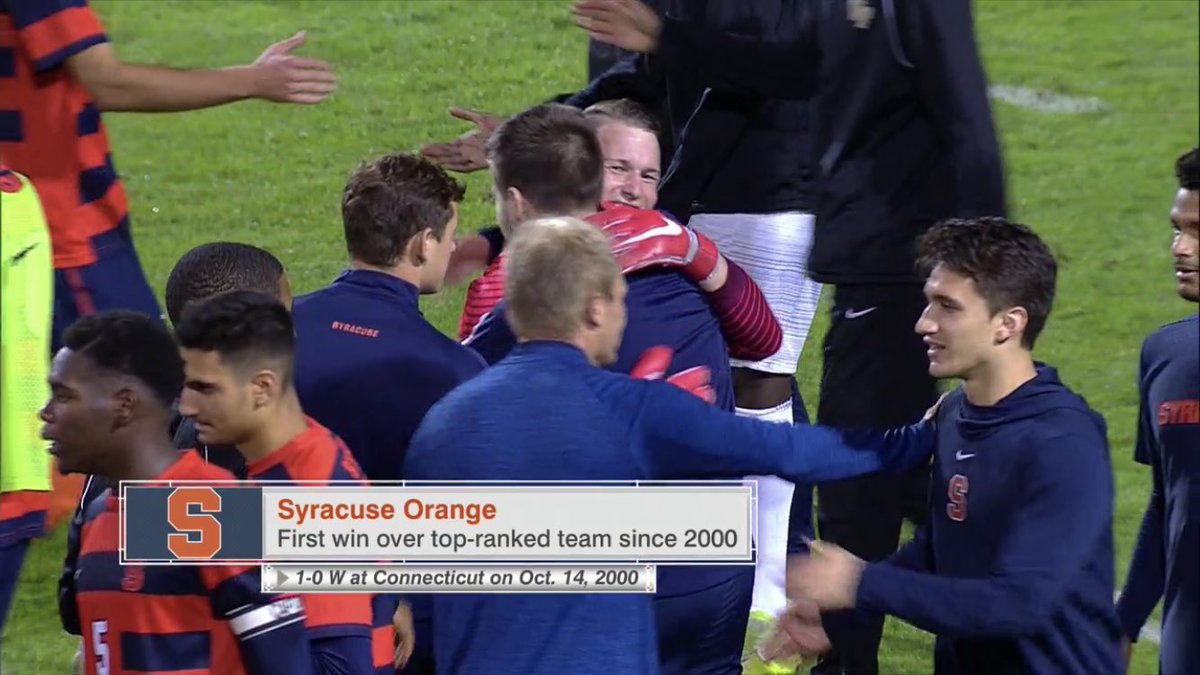