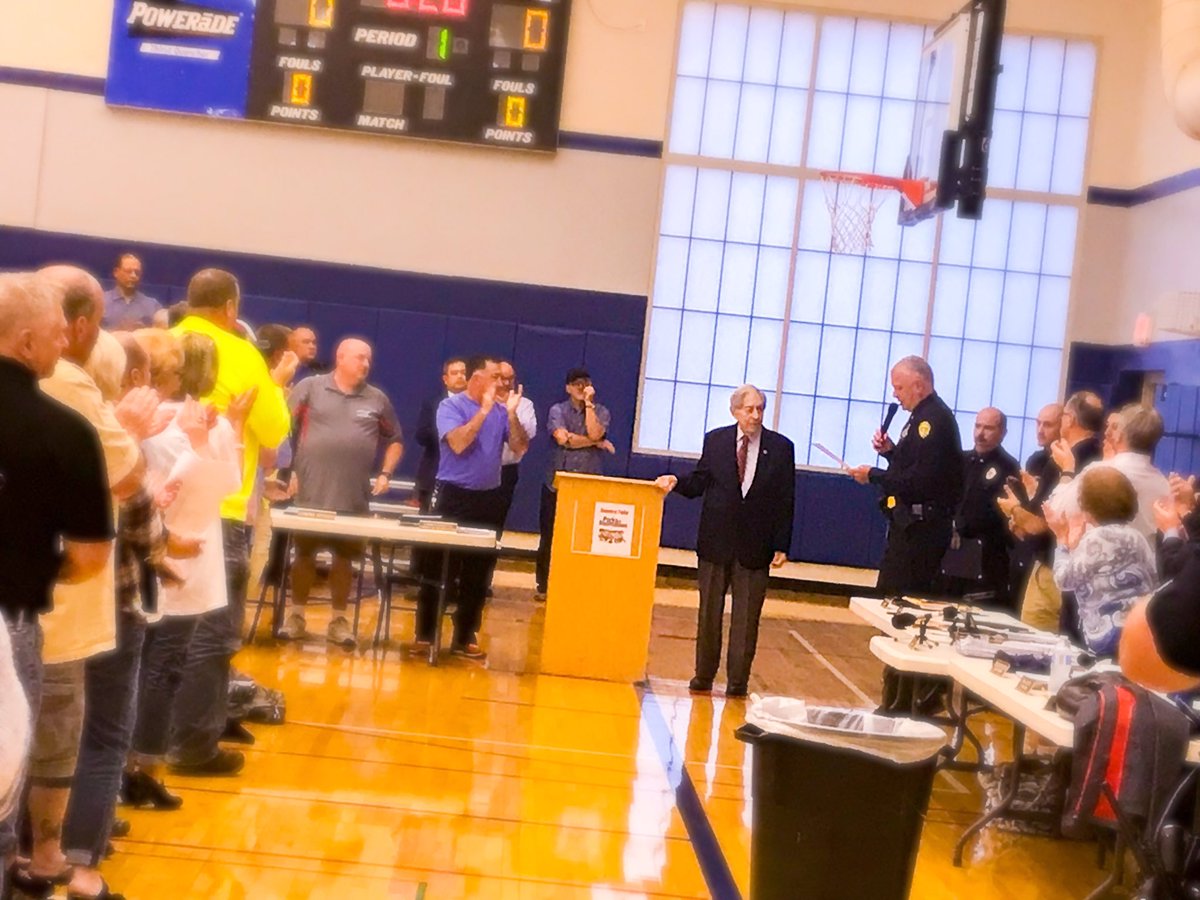 A pair of live saving efforts were celebrated at Tuesday’s Seneca Falls Town Board meeting, in which a total of six first responders were commended for their efforts.

“It’s not often that we get to do two of these, or get to do them with this kind of audience,” said Seneca Falls Police Chief Stuart Peenstra, before presenting five police officers, and one firefighter with live saving certificates.

On Sunday, August 26th at approximately 11:30 pm the Seneca County 911 Center received a call from Gloria Serling, reporting that her 87-year-old husband, Burt Serling, had collapsed on the bathroom floor and was unresponsive.

Sergeant Gentile and Officer Camacho responded to the scene in less than three minutes finding Serling, unresponsive, and lifeless on the floor. Peenstra says that there was ‘no detectable pulse’ at the time when officers arrived.

Firefighter Christopher White joined the CPR efforts being administered by the two police officers shortly after their arrival – at which point Serling regained his pulse. They continued delivering oxygen and assisted with breathing until he became conscious.

Serling, who was in attendance at the session and presented the first responders with their awards – was treated and released from the hospital.

“It is my determination that Sergeant Gentile; Officer Camacho and Firefighter Christopher White played a vital role in saving the life of Mr. Burt Serling,” added Peenstra, before handing the microphone off.

Serling joked with the audience that he appreciated the first responders efforts, and hoped that he never had to see them under those circumstances again.

The second presentation centered around an employee at Frank Knight Elementary School, who was reported unconscious with ineffective breathing on September 10th.

That employee, Teacher Aide Cheryl Malloy, was found unresponsive, with agonal breathing and no pulse in the classroom.

Officers applied the department AED, and Ms. Malloy was given two shocks by Officer DeChick while CPR continued. North Seneca Ambulance personnel arrived on scene and took over care of Malloy, according to Peenstra.

He said she remained unresponsive and was transported by North Seneca Ambulance to Strong Memorial Hospital where she underwent cardiac surgery.

On Monday, she went back to work.

All involved were presented with the Lifesaving Award. It was Officer DeChick’s first Lifesaving Award since graduating the Police Academy this year and starting on the road in July. It was Sergeant Hawker’s fourth Lifesaving Award, and Officer Rotz second.