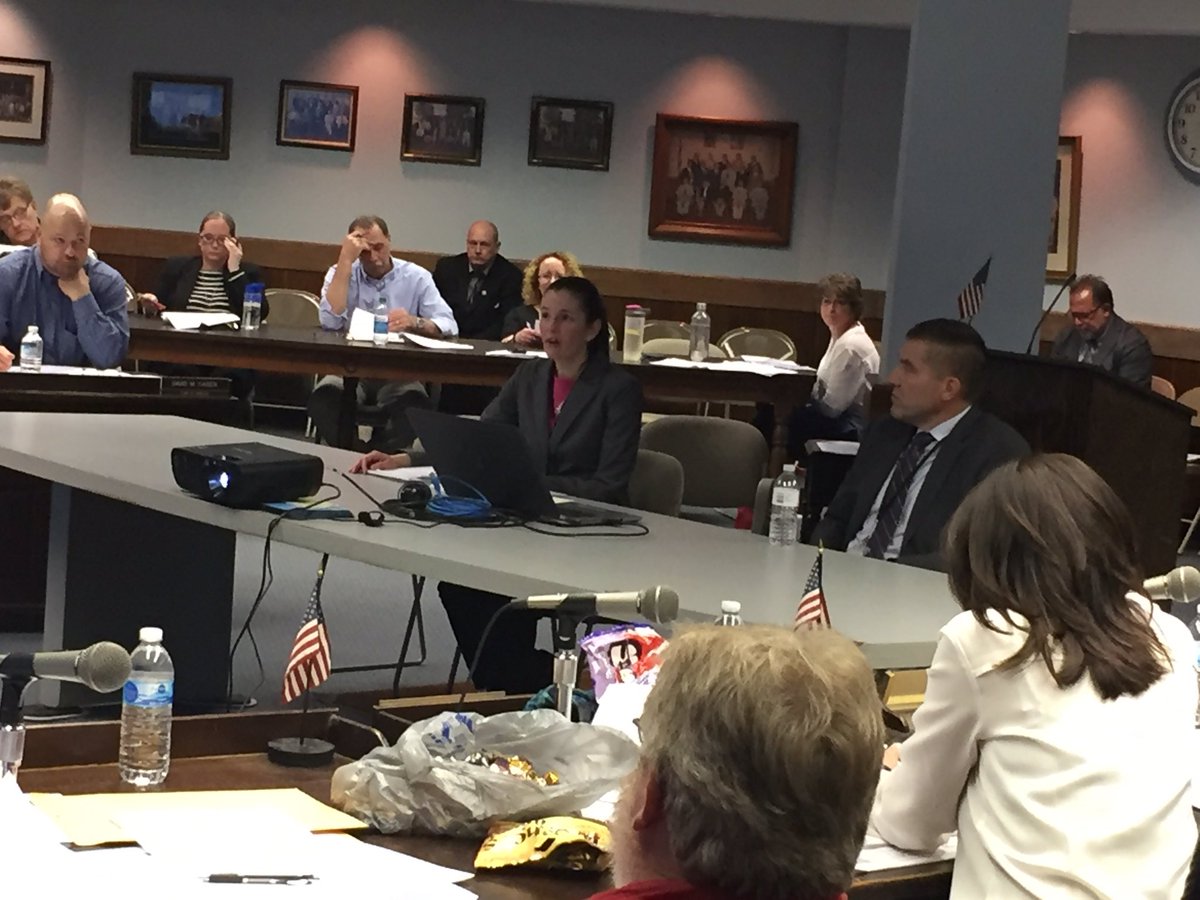 In all likelihood, the Seneca County Board of Supervisors will be forming a special committee to investigate the actions of two former officials who resigned over the summer.

Former Finance Director Brandi Deeds and Former County Manager John Sheppard are at the center of an investigation, which is beginning to take shape.

On Tuesday, the supervisors took another step toward an official investigation. The Ways & Means Committee voted unanimously to create a special committee – aimed at deciding between four options, on how best to proceed into the investigative process.

The goal: To determine whether there was malfeasance on the parts of either Deeds or Sheppard in their roles.

The investigation will go back to the hiring of Deeds, who started with Seneca County in 2016 prior to the forming of a Finance Department. While many supervisors raised concerns about the finance department throughout its development – then-County Manager Sheppard assured the board-at-large that things were moving in the right direction.

That proved to not be the case.

Seneca County is in the midst of an audit being performed by the Bonadio Group. The firm is tasked with performing regular audits of financials for Seneca County, but in this case, was tasked with ‘righting the ship’ after the County’s finances were mishandled for two years.

“The auditors have made it clear that there wasn’t any money stolen, but as for the accounting – a lot of items were placed in the wrong columns,” explained Covert Town Supervisor Michael Reynolds. He chairs the Ways & Means Committee, and agreed that it was time to make things right – whatever the cost.

That audit has already cost the County’s taxpayers $68,000 over initial costs paid up-front. According to the supervisors, who debated the topic and crunched numbers in real-time as the gravity of the situation set in – it will cost upwards of $140,000 to complete the current audit.

And that doesn’t include additional costs for making right the 2018 books, and setting up the appropriate policies and procedures to avoid this situation in the future.

“The finance department staff is concerned about having the right tools to move ahead,” added Fayette Town Supervisor Cindy Lorenzetti. “It’s going to cost the County, but we can’t cut corners here.”

Lodi Town Supervisor Lee Davidson reaffirmed that point, and added that putting additional stress on existing finance department staff was a concern. “The department was led by the wrong person, but I’m worried about those folks who have to dig us out of this situation,” he added.

The audit will remain a separate entity from the investigation into Deeds and Sheppard.

As discussion about options for the investigation unfolded, Seneca Falls Town Supervisor Greg Lazzaro made the suggestion that a special committee be formed. He suggested that Davidson and Lorenzetti be members of that committee – since they serve as majority and minority leaders on the board. He also suggested that Waterloo Supervisor Lisa Hochadel and Board Chairman Bob Shipley round out the committee roster. “Given her background in accounting – I think Supervisor Hochadel would be a good fit for what needs to be looked at and observed here,” he added after making the recommendations.

While Ways & Means was quick to approve the creation of a special committee – Chairman Shipley ultimately can fill the roster how he sees fit. Under the Board’s rules of order – the Board of Supervisors have authority to create a special committee via full-board vote and resolution. However, those rosters are solely defined by whoever is serving as board chair.

Rowe made a series of recommendations on how to proceed with the investigation. However, those options will be weighed by the committee, which will allow the board to begin moving forward.

The options for handling the investigation are as follows:

The supervisors will meet in Ovid at the Papa Bear building, located within the Three Bears Complex in October for a special session. At that meeting, the supervisors will vote on the special committee; and likely receive another update from Bonadio on the progress of their audit.