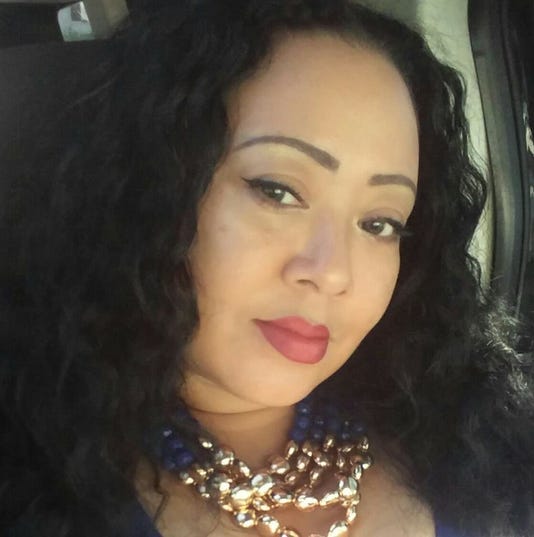 A Victor resident is speaking out after an interaction her boyfriend had with the Ontario County Sheriff’s Office while he used her vehicle.

Nancy Sung Shelton, who has lived in Victor for about a month with her boyfriend told the Democrat & Chronicle that not a month has gone by without some interaction with law enforcement.

They are black; and the Town of Victor is 95 percent white.

Shelton recounted a recent experience, which took place Wednesday morning, during the early-morning hours. She was asleep, and her boyfriend, Derek McNeil was coming home late – driving her car, returning from work with friends to repair his truck.

Close to their home, McNeil was pulled over by deputies with the Sheriff’s Office. In their driveway, deputies put him through sobriety tests, all of which confirmed he hadn’t been drinking. At that point, officers made him kneel on the ground – threatening him with jail time if he didn’t comply.

Deputies were searching his car for drugs, according to Shelton.

As McNeil repeatedly asked the four deputies to knock on his door, to wake up Shelton – and confirm that the vehicle was registered and belonged to them – they refused.

He was issued tickets for having an unregistered vehicle, and no insurance. The plates were taken off of the vehicle, and the deputies left the scene.

The D&C reports that Shelton called in the morning to complain and said she spoke with a sergeant who “spoke in support of the officers’ actions” and denied the idea of racial profiling. Sung Shelton pushed back — after all, she works as a consultant in cultural competency and health literacy for Coordinated Care Services Inc., a human services contractor with Monroe County.

She told the paper, “I talk about implicit bias and stereotyping and racism as a business, so I’m hyper-vigilant.” She added, “It was unfortunate for the officers they happened to engage with me, because I know what I’m talking about.”

She texted her insurance and registration information to the sergeant, who rescinded the tickets and sent two deputies to return the plates.

“This circumstance is not a unique one,” she wrote on Facebook. “My heart was pained … that Victor, a very white community, will accept the dollars we spend at their mall, but want us to shop and then LEAVE. This community does not want us to live here.”

Ontario County Undersheriff David Tillman told the D&C that he was unaware of the incident, but would begin the early-phases of an internal investigation.

Sheldon told the paper she plans to file an official complaint with the Sheriff’s Office.

READ THE FULL STORY: Racism charged in Victor traffic stop – ‘We get harassed all the time’