In a region known more for its relentless snowstorms every winter, there is at least one summer thunderstorm that many residents in central New York don’t easily, or ever, forget.

This week marks the 20th anniversary of the Labor Day Storm — the weather event that jolted many awake in the early morning hours of Sept. 7, 1998 with a show of force not often seen around here before, or since.

The powerful storm — which produced hurricane-force wind gusts up to 115 mph, heavy rains and hail and up to 100 lightning strikes per minute — killed two people at the New York State Fair, which had its final day canceled due to the amount of damage at the grounds in Geddes. 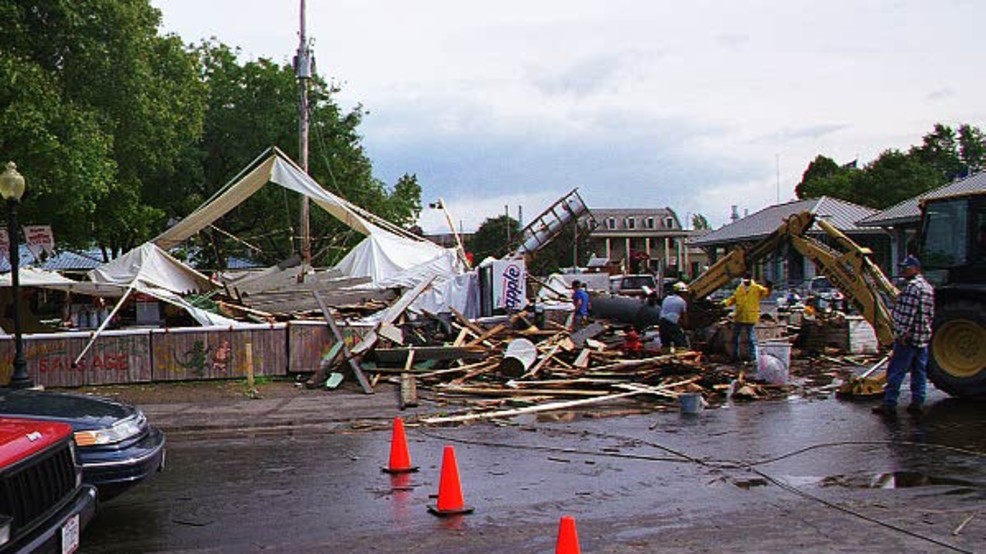 The storm forced over 200 people into shelters, damaged 2,000 buildings, toppled tens of thousands of trees and power lines, knocked out power for a quarter of a million people and caused an estimated combined $60 million in damage in Onondaga and Cayuga counties.

Five counties were declared disaster areas by Gov. George Pataki — Monroe, Wayne, Cayuga, Onondaga and Madison. More than 600 utility crews from Niagara-Mohawk and their colleagues from across the northeast and Canada came in and worked around the clock to restore power. Curfews were imposed in downtown Syracuse and other communities to keep people off the dark streets. Many schools even had to push back their first day of the new year due to no power.

“I’ve lived in Syracuse all my life and I’ve never seen a storm hit like this one, in the time period, for the length it did, for the velocity,” Onondaga County Executive Nicholas Pirro said at the time.

It all began after an 11-day stretch of nice weather in central New York, with the last few seeing some excessive warmth and humidity. A series of thunderstorms over western Lake Ontario and Niagara County formed into a derecho around midnight on Labor Day 1998 and then moved eastward across upstate New York, impacting Rochester and then intensifying and moving its way across the northern Finger Lakes and into central New York.