The White House announced Monday that Trump intends to nominate Jane Corwin, a Buffalo-area businesswoman who served four terms in the state Assembly, to the U.S.-Canada organization tasked with overseeing Lake Ontario and other shared waterways between the two countries.

If confirmed by the U.S. Senate, Corwin will be designated as U.S. section chair. 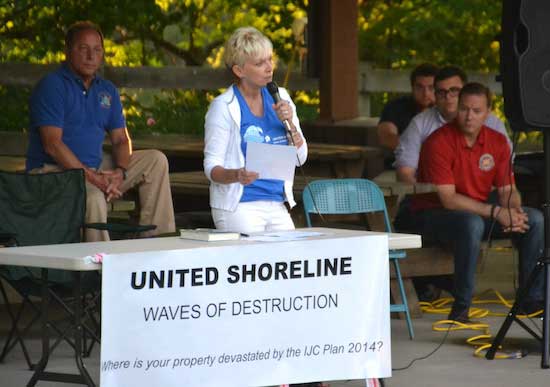 Corwin grew up in western New York and worked for her family’s company, The Talking Phone Book. She earned a bachelor’s degree at the University at Albany and a Master of Business Administration degree at Pace University.

She worked on Wall Street before returning to western New York to work for The Talking Phone Book. The company was sold in 2004. Four years later, she ran for state Assembly. She won a four-way Republican primary and went on to win the general election with 72 percent of the vote.